Raiders can prove they are real deal 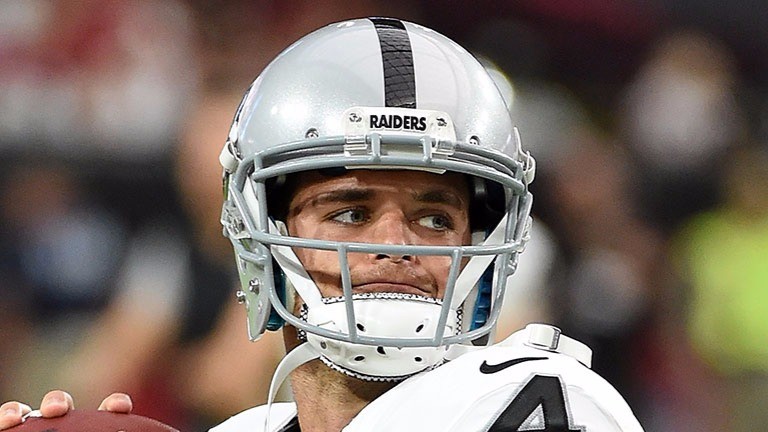 The all- AFC West clash between Denver and Oakland is undoubtedly the best game of Week Nine and the Raiders should be confident of laying down a huge marker.

The pair have both won six of their opening eight matches and Oakland are beginning to look like they can justify the dark-horse status they were handed at the start of the campaign.

Quarterback Derek Carr has a wide range of targets from which to choose and he will be delighted if receiver Amari Cooper can prove his fitness.

But Carr also benefits from playing behind the best offensive line in the game – he has been sacked just nine times this season – and the Raiders should be confident they can keep the best defence in the game at bay.

Denver have recovered well from defeats to San Diego and Atlanta by claiming victories over Houston, when the Texans were unable to score a point, and a revenge success over the Chargrs.

But the absence of cornerback Aqib Talib is a blow for the Broncos – he is one of the best performers in that position in the league– and Cooper and Michael Crabtree, who has been rejuvenated after moving across the bay from San Francisco, can take advantage.

Raiders backers will want to see Sean Smith play after his injury issues this week but the best way for punters to tackle the fixture is to ignore that side of the ball and put their faith in the home side scoring more than 22 points.