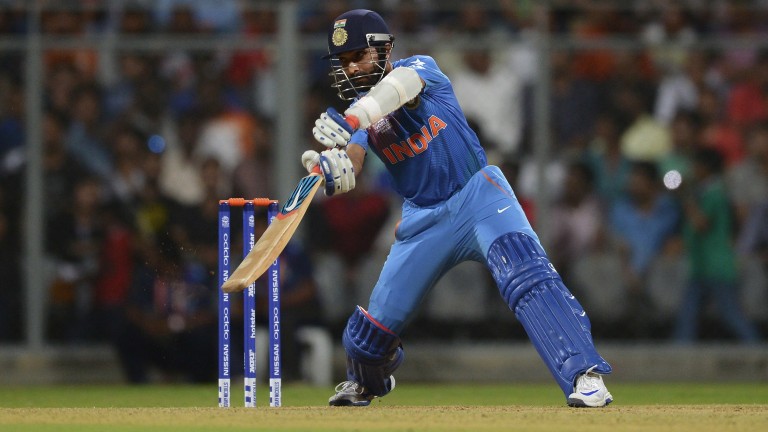 Mumbai v Pune
Sky Sports 1, 3.30pm Tuesday
Pune Supergiants have won three of their four IPL meetings with Mumbai Indians and they are 6-5 to book a place in Sunday’s final with a playoff victory over their Maharashtra rivals.

The losers of this clash have a second chance to reach the final on Friday, when they take on the winners of the eliminator between Kolkata and Hyderabad.

The Pune franchise won both their away fixtures against Mumbai in 2016 and 2017 but they must cope without England’s Ben Stokes, who has returned home after an inspirational league campaign.

Pune sealed their top-two finish with a thumping win against Kings XI Punjab, who were bowled out for just 73, and opener Ajinkya Rahane (34 not out) helped them wrap up the points.

Rahane plays for Mumbai in the Ranji Trophy but he hasn’t endeared himself to the city’s cricket fans in the IPL, scoring 38 and 66 not out in Pune’s victories at the Wankhede Stadium in the last two seasons, and he could lead the way for the underdogs on a ground he knows well.

Derbyshire v Worcestershire
Sky Sports 2, 2pm
Worcestershire are 8-15 to seal top spot in the North Group of the One-Day Cup with a win at Derbyshire in the televised game although showers are forecast and Yorkshire, who host Leicestershire, are poised to pounce on any slip-up from the leaders.

A better bet in the final round of North Group fixtures may be Durham to beat Lancashire.

A two-point deduction has made qualification difficult for the Riverside outfit but they can keep up the heat on third-placed Notts with a home win.

A batting collapse left Durham 15 runs short of victory at Worcester last time out but they had won four of their first six.