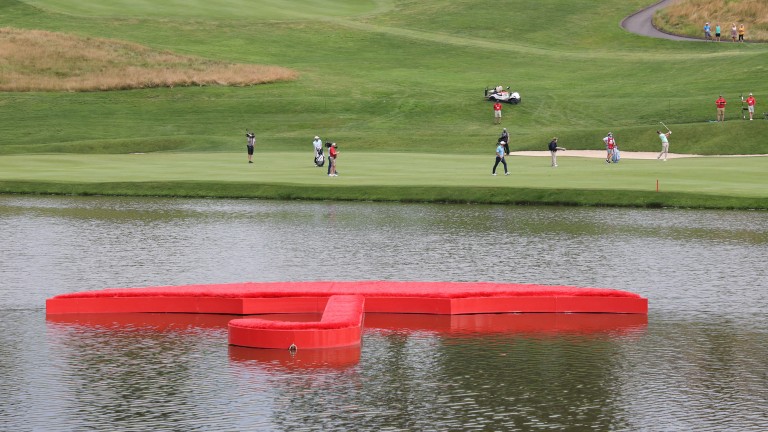 Golf tips, best bets and player analysis for the final round of the Travelers Championship at TPC River Highlands on the PGA Tour.

Two-time Masters champion Bubba Watson has put himself in a prime position to capture his fourth Travelers Championship as he heads into Sunday's final round tied for the lead with Kramer Hickok.

Watson has not won on the PGA Tour since his last success at TPC River Highlands in 2018 but he was able to book a place in the final group after half-way leader Jason Day was unable to build on a Saturday 62 at the Connecticut track.

Harris English, Brice Garnett and KH Lee are a further shot behind while some big guns are lurking three off the pace.

Defending champion Dustin Johnson carded the lowest round of the third day with a 65 and Bryson DeChambeau, who has had three successive top-ten finishes in the tournament, is one of seven other players on the seven-under-par mark.

It is little surprise to see Watson at the head of the market but despite his excellent course record, it might be a leap of faith to back him to get the job done.

The left-hander has collected just one top-ten finish in his last 13 efforts, so it is not as if he has headed to River Highlands in a rich vein of form.

There are questions over some of the others at the top of the leaderboard too.

Hickok's only top-ten on the main Tour was at the low-profile Bermuda Championship and although he claimed his biggest PGA payday when he finished 14th at the Charles Schwab Challenge, this would be another huge jump forward.

Day looks a far cry from his heady days as the world's best player and Cameron Smith came into this tournament having missed the cut at both the Memorial and the US Open.

And while Russell Henley performed well at Torrey Pines to finish 13th, he will have been disappointed with his closing 76 and that could play on his mind.

We can expect bold performances from champions Dustin Johnson and Bryson DeChambeau, who has previously flourished on the track, but Harris English could provide some each-way value.

River Highlands has traditionally been a venue where the best tee-to-green players have triumphed and the gangly Georgian fits that mold.

He has been the fourth best tee-to-green player this week and should be brimming with confidence after he finished third at the US Open, a performance that took him into the world's top 20.

English has already tasted success at the Tournament of Champions this year and this looks like another great opportunity.