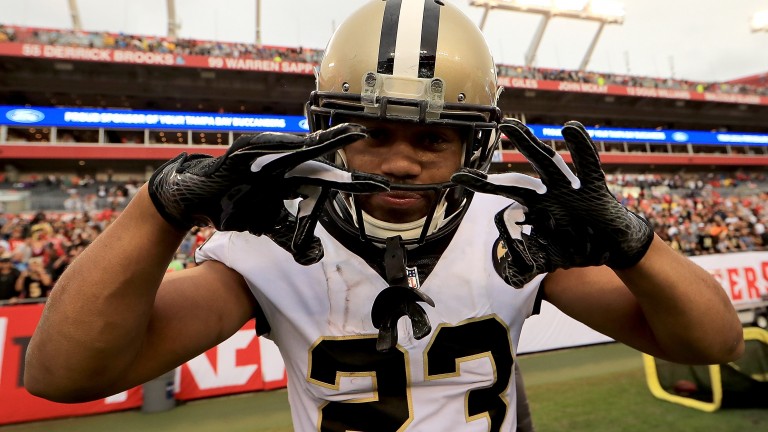 The Saints did not have to be at that best to secure another divisional win and the NFC number-one seeding now looks theirs for the taking. That would be a huge boost as it would mean they could win the Super Bowl without playing another game at an outdoor venue.

The Rams suffered a second straight defeat and it seems defences are starting to get the measure of quarterback Jared Goff. Their week off at the start of the playoffs could be in jeopardy.

The Chargers were brave in going for a last-gasp two-point conversion to claim a win over the Chiefs and they now have a decent chance of capturing the top seeding in the AFC. The Ravens will be no pushover, though.

Kansas City now have a fight on their hands having held the AFC's top spot for most of the season. The Seahawks are still fighting for their lives but confidence should still be high.

New England's defeat to Pittsburgh means the Texans are in pole position to avoid the wildcard round. That would boost their chances hugely.

Chicago are breathing down the Rams' neck but tough trips to the Niners and the Vikings remain. The quality of their defence will mean, however, that this improving team will have nothing to fear.

The Patriots are having an unfamiliar wobble with two straight defeats and five losses in eight away matches means they will be desperate to ensure they do not slip into the wildcard picture. However, games against the Bills and Jets look ideal.

The Vikings looked a much stronger offensive outfit against the Dolphins, particularly on the ground but a win over the Lions may not be enough to see them home.

Victory over the Patriots gave the Steelers a huge lift after three straight defeats and the emergence of rusher Jaylen Samuels is a timely boost for coach Mike Tomlin.

The Chiefs are the only team to have beaten Baltimore in the Ravens' last five outings and their rushing game which incorporates new quarterback Lamar Jackson is paying dividends. They look like a team who are going places.

Nick Foles inspired the Super Bowl champions against his former club and they are right back in the mix after their success over the Rams. Expect wide receiver Alshon Jeffery to be a deep threat in the absence of Carson Wentz.

The Titans are sneaking into the wildcard picture following three straight wins and a trip to the struggling Redskins looks to have come at the ideal time. They can force their way into the picture.

The Colts will do their upmost to ensure that the Titans' threat is nullified. They are beginning to look the real deal, as a comprehensive victory over the NFC East leaders last week demonstrated.

The Seahawks put in a dogged performance against the Niners before falling in overtime and their task would have been a lot easier had they come out on top. A win over the Chiefs is crucial but they should never be ruled out at CenturyLink Field.

An ineffective show against the Colts has left the Cowboys looking over their shoulder. Their final two opponents have ten victories between them so if they don't gain enough from clashes with the Bucs and the Giants, they probably don't deserve to get into the playoffs.

16 Cleveland Browns up one
Record: 6-7-1
Last week: Won 17-16 at Denver
This week: Seven-point favourites at home to Cincinnati

The Browns are finishing the campaign strongly and quarterback Baker Mayfield looks capable of having a big season next year. There are probably too many teams in the queue for them to reach the playoffs but the general outlook has to be one of optimism.

17 Miami Dolphins down one
Record: 7-7
Last week: Lost 41-17 at Minnesota
This week: Four-point favourites at home to Jacksonville

The Dolphins suffered a big comedown after their dramatic victory over New england the previous week and pre-season predictions of them having an 8-8 season look likely to be realised.

Six straight defeats have left the Panthers in tatters and there are questions marks whether quarterback Cam Newton will be risked for the remaining two matches. It is definitely a case of what might have been.

Defeat against their arch-rivals in Chicago was probably the icing on the cake in a dismal season. The fact they are not favoured to beat the Jets this week speaks volumes.

A win over the Cardinals was too little, too late. At least it stopped the rot after five defeats and was the first time during that run that they have scored more than 20 points.

21 Denver Broncos down one
Record: 6-8
Last week: Lost 17-16 at home to Cleveland
This week: 2.5-point favourites at Oakland

The Broncos' hopes were finally extinguished by their loss to the Browns and it will be a struggle for them to claim a .500 season as they finish with a clash against the Chargers.

22 New York Giants down one
Record: 5-9
Last week: Lost 17-0 at home to Tennessee
This week: Nine-point underdogs at Indianapolis

Any optimism about a reborn Giants offence was quashed by the Titans and the Colts are likely to be equally unforgiving. Rumours about quarterback Eli Manning's future have also resurfaced.

The Lions have scored more than 20 points just once since their Week Seven victory in Miami. Coach Mike Patricia has plenty to address in the close season.

In many respects, the Buccaneers have exceeded many people's expectations this season but two straight defeats, admittedly against good teams, have knocked them back a bit. They remain capable on their day though.

25 Cincinnati Bengals up one
Record: 6-8
Last week: Won 30-16 at Oakland
This week: Seven-point underdogs at Cleveland

The Bengals overcome the absence of quarterback Andy Dalton to beat the Raiders and running back Joe Mixon looks sharp, but let's maintain some perspective. It was the Raiders.

The Niners showed great battling qualities against the Seahawks to claim one of their best victories of the season. They'll look back on the campaign and wonder how they might have fared had quarterback Jimmy Garrapolo remained healthy.

The Jets have won just one of their last eight games but then that's not been untypical in recent years. Another spring of soul-searching beckons.

The Bills have won two of their last four matches and lost the other two by four points, so they should be heading in the right direction. Quarterback Josh Allen should be benefiting from the experience.

The campaign has been a washout for the Jaguars since they won three of their opening four games. Losing to the Redskins who fielded their fourth quarterback of the season was a new low.

30 Washington Redskins up one
Record: 7-7
Last week: Won 16-13 at Jacksonville
This week: Ten-point underdogs at Tennessee

Quarterback Josh Johnson got the Redskins over the line in his first NFL start since 2011. It seems unlikely that he'll have enough to help them into the playoffs but you never know.

It was always going to be a rebuilding job at Oakland and coach Jon Gruden still has another nine years of his contract to run. Preparations for next term started a long time ago.

It's difficult to be competitive when you average just 13.7 points per game. Closing divisional matches against the Rams and the Seahawks look daunting.