Tigers can hold their own in early exchanges 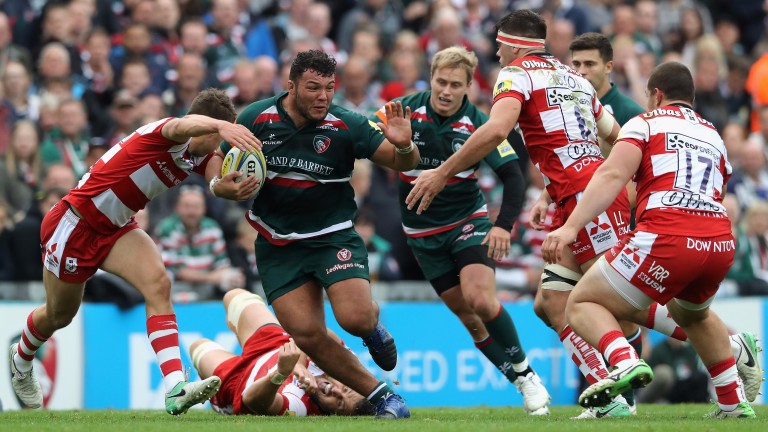 After a shaky start to their season Leicester finally picked up their first win at home to Gloucester last weekend, and although a trip to the Stoop is a tougher challenge, the Tigers can at least hold their own in the first half against hosts Harlequins.

Quins bounced back from opening-day defeat to promoted London Irish by last week becoming the first team to beat Wasps at the Ricoh Arena in more than a year.

That success followed a home victory over Gloucester, and in both victories Quins were able to find space to build attacking moves.

Leicester are unlikely to offer them that opportunity, though, and the Tigers look to have a physical edge up front.

A front row of Dan Cole, Tom Youngs and Ellis Genge can make a real impact while Quins are missing England prop Joe Marler through injury while Kyle Sinckler is on the bench.

The Tigers are sure to look to put Quins on the back foot from the first whistle and they are worth backing to be level or in front at the break.

Elsewhere in the English top flight, Bath have made eight changes for the visit of Newcastle, including a first start for Freddie Burns at full-back.

The Falcons have made five changes including a debut for new signing DTH van der Merwe but those players who lined up last week put in a huge defensive effort in draining humid conditions in Philadelphia against Saracens, and that and the long travel and short turnaround may take its toll.

The return journey from the States is also sure to affect Sarries, who give up 21 points at home to Sale.