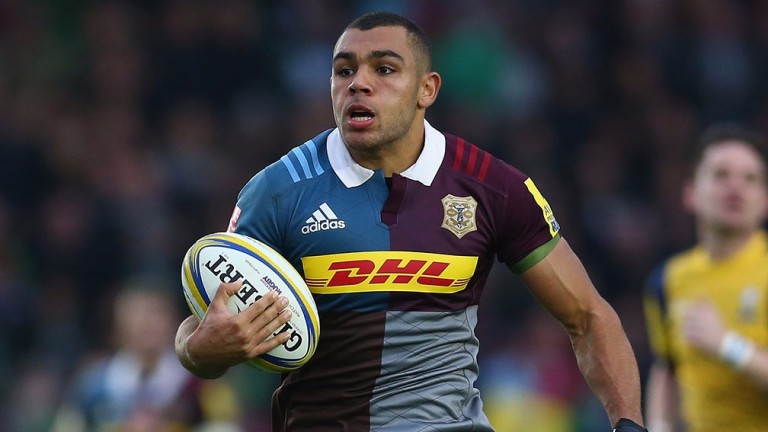 Harlequins look a value each-way wager at 14-1 to win the LV Anglo-Welsh Cup, which returns tonight after a break because of last year’s World Cup.

An early incentive for Quins, winners of the competition four seasons ago, to perform is that it has been announced that their Twickenham Stoop home will host the final in March.

And while they are no longer seen as one of the Premiership’s strongest outfits, they still have a squad of sufficient depth and quality – centre Joe Marchant is a prime example – to win pool-stage home games with Exeter and Sale and away assignments at Ospreys and Worcester.

If another string to the bow is needed then Gloucester could be the cover bet at 10-1. The Cherry & Whites are off the top-four pace in the Premiership but have started their European Challenge Cup defence decently.

Holders Saracens have injuries, while Exeter and Northampton are out of sorts. Wasps and Bath will surely be concentrating on the league and Europe. Leicester have a superb record of trying in the cup but they are hardly flying under the radar and face battles with Sarries, Saints and Bath.

Leicester hooker Harry Thacker is a big price at 11-2 to score a try in Friday night’s televised cup clash at the Rec against Bath.

Both sides are mix-and-match but far from weak so it should be a hard-fought tussle up front with the potential to break out into a ding-dong affair out wide. It was three seasons ago when Bath won a pool-stage meeting at Welford Road 35-17. And this type of game suits Thacker, who has crossed eight times in 39 outings. He is heavily involved in the Tigers’ rolling mauls and gets around the pitch in support like an extra backrower.

Seven of the 13 tries that Bath have conceded this season have been scored by forwards.

Anytime tryscorer bets look best in the televised Pro12 games too. Take southern hemisphere trio Willis Halaholo to cross for Cardiff at 9-2, Jaco Taute to touch down at 7-2 for Munster and Charles Piutau to go over for Ulster at 5-2.

Cardiff are in danger of wasting a fine start to the campaign so name as strong a side as possible for their trip to Treviso including debutant Super Rugby-winner Halaholo. Halaholo knows centre-partner Rey Lee-Lo from the Hurricanes, for whom he scored in July’s semi-final win over the Chiefs and against the Crusaders.

Munster have been magnificent over the past fortnight with wins over Glasgow (Champions Cup) and Ulster and South African midfield man Taute has scored in both games. The visiting Ospreys are in decent form but lost 31-19 in Dublin to Leinster in September.

Ace full-back Piutau notched his first Ulster try against Munster and they will hope to bounce back by stretching an inconsistent Edinburgh outfit at Murrayfield (BBC Alba & NI, 7.45pm).