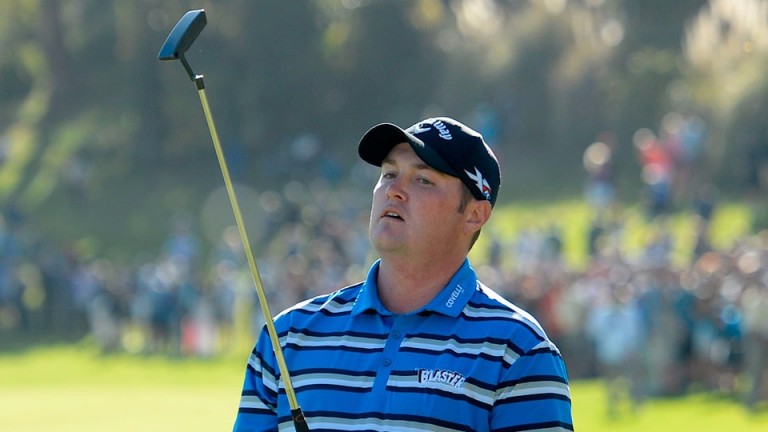 It is rare for a player to dominate a tournament so much over the first two rounds that he is five shots clear at the halfway stage, and even more remarkable when the pacesetter in question is a previously out-of-form Tour maiden.

That is the situation in the AT&T Byron Nelson, though, with 250-1 rag Jason Kokrak delivering an astonishing 12-under-par 36-hole total. Kokrak is a best-price 13-5 to convert his considerable advantage into victory.

One reason for Kokrak still being available at such juicy odds is the presence of Dustin Johnson on the leaderboard. Johnson shares third place, six shots off the pace.

Kokrak has won twice on the Web.com Tour, but has never managed to retain his composure among the big boys, so the chasing pack will be optimistic of hunting him down.

Kokrak fired a bogey-free second-round 62 and was asked afterwards if he had ever held a five-shot lead before. “No clue,” he replied. “Maybe on the mini-tours 100 years ago.”

There is obviously every chance Kokrak's magic quickly disappears under the added pressure of trying to repel quality golfers for a US Tour breakthrough. Johnson (biggest at 23-10), Bud Cauley (18-1), Byeong Hun An (16-1) and Brooks Koepka (22-1) seem likely to close the gap in round three to set up a Sunday title tilt.

Third-round threeball punters are pointed towards Koepka, who seems ready to shoot an extremely low score soon. Putting frustration has left Koepka eight shots adrift, but his swing looks in excellent order and fireworks could be coming. Zac Blair and JJ Henry should be left behind (5.10pm UK and Ireland time).

An is the most likely victor of the final threeball (6pm). Kokrak will probably get early jitters in front and Billy Horschel had been in dire form prior to this week, while talented Texas-based youngster Beau Hossler is well capable of outscoring Kyle Reifers and Jason Bohn at generous prices in the 4.30pm contest.