Qualified Dimitrov could get busted 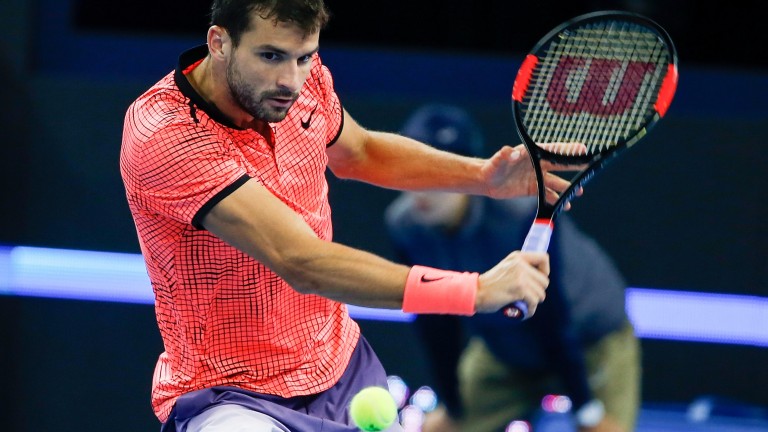 Thiem v Goffin 2pm
It is often a case of the survival of the fittest at the ATP Tour finals and Dominic Thiem looks in better physical shape than David Goffin as they prepare to go head to head for a place in the semi-finals.

Goffin made an instant impact by beating a struggling Rafael Nadal 7-6 6-7 6-4 in his opening match but was way short of his best in a 6-0 6-2 loss to Grigor Dimitrov on Wednesday.

One of the Belgian's main strengths is his speed around the court but it simply wasn't there against Dimitrov and he will have to rediscover his best game if he is to stay in the competition.

But, unlike Goffin, the Austrian seems to be getting stronger with every match.

However, his confidence is on the rise in London and he looks a solid bet to go one step further.

Carreno-Busta v Dimitrov 8pm
Grigor Dimitrov is assured of a semi-final berth after winning his opening two matches but the Bulgarian is a very short price to defeat Pablo Carreno-Busta in his final match in the Pete Sampras Group.

Carreno-Busta just missed out on automatic qualification for the ATP Tour finals but was handed an opportunity after Rafael Nadal withdrew from the tournament following a gruelling 7-6 6-7 6-4 loss to David Goffin.

It was Carreno-Busta's first match at a World Tour finals but he acquitted himself reasonably well – going down 6-3 3-6 6-4 to Dominic Thiem.

The loss ended the Spaniard's chances of reaching the semi-finals but he is likely to be motivated by the opportunity to win a first match at the tournament.

Dimitrov may play within himself - holding something back for the semi-finals – and could get dragged into a close match.

Carreno Busta looks overpriced to win the contest but the safer option is to back him at odds-against to win a set.