Storm delay at Erin Hills only way Mickelson will play 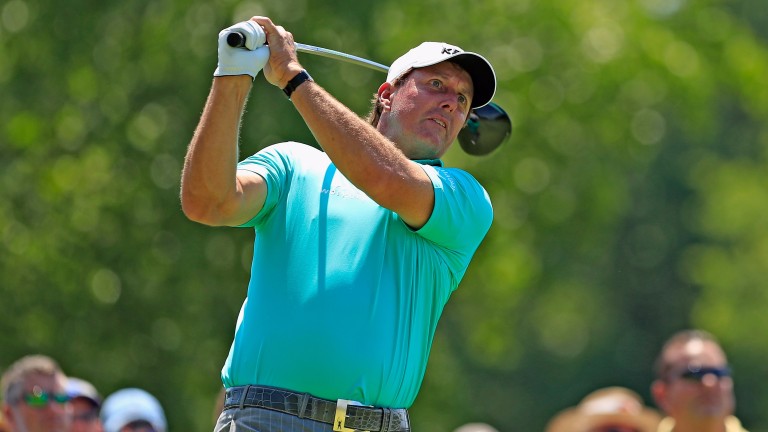 The front four are proving easy to back at juicy prices for the US Open, with little early interest in the quartet of Dustin Johnson, Jason Day, Rory McIlroy and Jordan Spieth for the second Major of the season.

The action starts at Erin Hills, Wisconsin, on Thursday and it seems that bookmakers will need to push the market leaders out further to attract pre-tournament custom over the next couple of days.

World number one Johnson is defending the title he won emphatically 12 months ago, but a poor performance in the Memorial last time out means 8-1 is available.

Day (14-1) lost a playoff to Billy Horschel for the AT&T Byron Nelson last month and has been winless for more than a year, while McIlroy (14-1) has not competed since the Players Championship due to injury and Spieth (16-1) has been inconsistent since winning the Pebble Beach Pro-Am in February.

Bet365 spokesman Steve Freeth said: “The big names are relatively friendless at a course that could throw up a surprise winner.”

One player being nibbled at by early-bird punters is Daniel Berger, who successfully defended his St Jude Classic crown on Sunday.

Berger fired a final-round 66 in Memphis to beat Charl Schwartzel and Whee Kim by a shot. Coral and Ladbrokes cut the cocksure youngster from 80-1 to 66-1 for US Open glory.

Phil Mickelson is keeping a close eye on the Wisconsin weather forecast and Lefty has said he needs a four-hour storm delay on day one to have a chance of competing.

He is attending the high-school graduation of his daughter on Thursday and will miss the US Open unless round one is significantly delayed.

The early forecast does not look promising for Lefty fans. Storms are predicted for Friday and Saturday, but a clear Thursday means madcap Mickelson will not go to post in the only Major he has never won.