Punters getting behind English army at Carnoustie 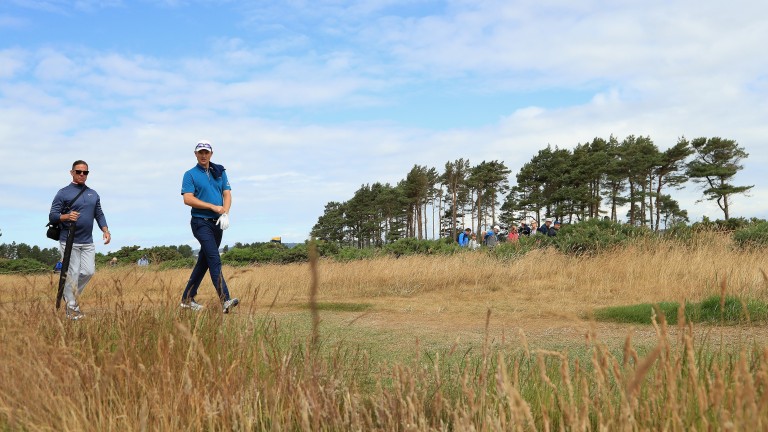 There hasn't been an English winner of the Open since Nick Faldo in 1992, but plenty of punters are betting on that run coming to an end at Carnoustie on Sunday.

Dustin Johnson was favourite for victory on Wednesday evening as players prepared to tee off on Thursday, but with two Englishmen hot on his heels.

Justin Rose, whose best Open finish came on debut as an amateur in 1998, was the big mover in Ladbrokes' outright book. The firm reported on Wednesday that one in four bets placed have been for the 37-year-old.

Hills, meanwhile, were seeing money for Tommy Fleetwood and say they face a £500,000 payout on the Southport man, the kind of liability usually "associated with the likes of Woods, Rose, Mickelson and Mcllroy", according to the firm's Rupert Adams.

Further down the list Matthew Southgate was also attracting money with Betway and Coral.

On bookmakers' side is the current golden run of American golfers who have won the last five Majors, a sequence that includes Jordan Spieth's Open success at Royal Birkdale last year.

Players on the course on Wednesday reported how the conditions have left them with a dilemma. The long dry spell has made for firm and fast fairways so players are achieving greater distance but are at risk of losing control off the tee.

"I think with links golf you have to adapt," said 2014 winner Rory McIlroy. "I think there's not going to be one player in this field that has a game plan on Wednesday night and is going to stick to that game plan the whole way around for 72 holes.

"The golf course is playing so firm and fast there's some guys that will see it completely different than the way I see it."