Punters can rely on Rahane for runs 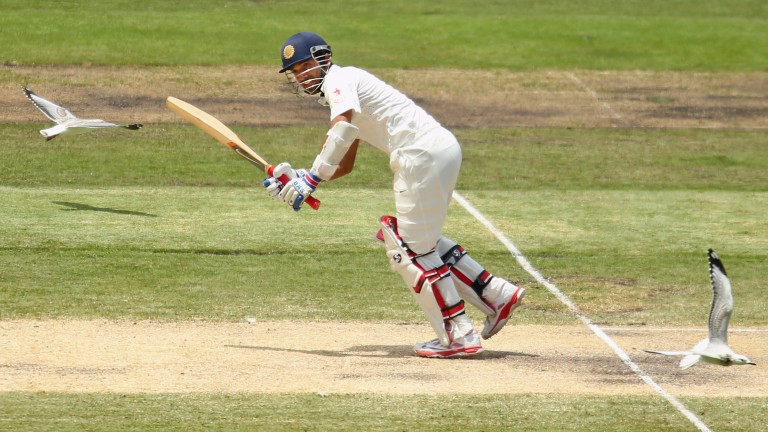 Ajinkya Rahane retains his focus despite the close attentions of two seagulls
Scott Barbour
1 of 1
By James Milton 8:00PM, AUG 10 2017

Backing the away team to win a Test match at 8-15 isn’t a great long-term betting strategy but those odds are a fair reflection of India’s superiority over Sri Lanka.

The third and final Test between the neighbours starts in Pallekele at 5.30am on Saturday with India 2-0 up after crushing victories in Galle and Colombo.

The tourists have batted the Lankans into submission, scoring an aggregate of 1,462 runs for the loss of 22 wickets in the first two matches.

Hot-tempered Ravindra Jadeja is suspended for the final Test after hurling the ball at an opponent in Colombo but any advantage that might have given 10-1 shots Sri Lanka is cancelled out by the absence of their senior spinner Rangana Herath due to a stiff back.

The relentless runscoring of India’s top order means that number five Ajinkya Rahane rarely comes in with a crisis on his hands and a first-innings runs line of 33.5 with Betway looks well within his scope.