The Assist Pullein on football

Will early-season pacesetters in EFL create a new record or will they burn out? 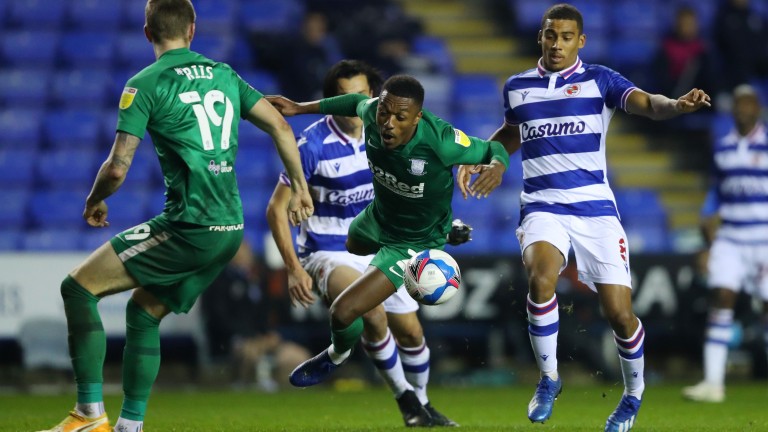 Championship leaders Reading had their progressed checked by Preston in midweek
Warren Little
1 of 1
6:31PM, NOV 5 2020

This could be a record-breaking season in the EFL. Reading top the Championship with 22 points from ten games while Peterborough top League One and Newport top League Two with 25 points from 11 games.

If they accumulate points at the same rate over the rest of the 46-game season Reading will finish with 101, Peterborough and Newport with 105.

There has never been a season in which all three divisions were won by teams with at least 100 points. Only twice did two winners reach triple figures – in 2013-14 when Leicester won the Championship with 102 points and Wolves won League One with 103, and in 1998-99 when Sunderland won the Championship with 105 points and Fulham won League One with 101.

So this could be a record-breaking season. But it probably will not.

A good way to think about early-season form is to work out what it would become if it was extended over the whole season and then ask how likely that is.

When a team start a season well we might read articles explaining what they have done. Perhaps they have taken more shots or allowed opponents fewer. This does not tell us why they have improved in attack or defence, let alone whether that improvement will be maintained.

Hardly ever does anyone really know. Nearly always those who think they do are deceiving themselves and us. So a team have a new manager. He has introduced different training methods or imposed a change in formation. Did he not do this in his previous jobs? Has no one done it before? Were the results always so positive?

Capello was a disciplinarian. And England’s results initially were good. “Capello’s methods were eulogised. Finally, a coach who was willing to give the players a kick up the rear! At last, a coach who has provided discipline to those slackers! One flattering headline read: The Boss!”

Then results changed. “Almost instantly the narrative flipped. Capello is too tough! He is taking the fun out of the game! The Italian is treating our players like children! Many football journalists didn’t even notice that they had attempted to explain contradictory effects with the same underlying cause.”

Why did England’s fortunes flip-flop? “In truth, England’s results were not caused by the salient features of Capello’s actions, but by myriad factors that were not, in advance, predictable. That is why football journalists who are brilliant at explaining why teams won or lost after the event are not much better than amateurs at predicting who is going to win or lose beforehand.”

Earlier I started a sentence by saying: “If they accumulate points at the same rate over the rest of the 46-game season…” This was the beginning of a logical argument expressed in the classical form. And it exposes the limitations of logic.

Every logical argument tells us that if one statement is true another must also be true. There can be any number of intermediate steps between the first and last statements. But no matter how elaborate the reasoning is it will always begin with what logicians call an axiom. This is a statement they will accept as true even though they cannot prove it is true. We could use another word. It is an assumption.

If X happens Y must also happen, but we do not know if X will happen. Some EFL teams who set off at a blistering pace keep it up. Most do not. How many runners set off at a record-breaking pace but do not break the record?

No team in any EFL division have ever completed a 46-game season with fewer than 19 points – even when there were only two points for a win. So at the wrong end of the tables this could be a record-breaking season. But it probably will not.