PSV have been able to focus their fire on domestic issues 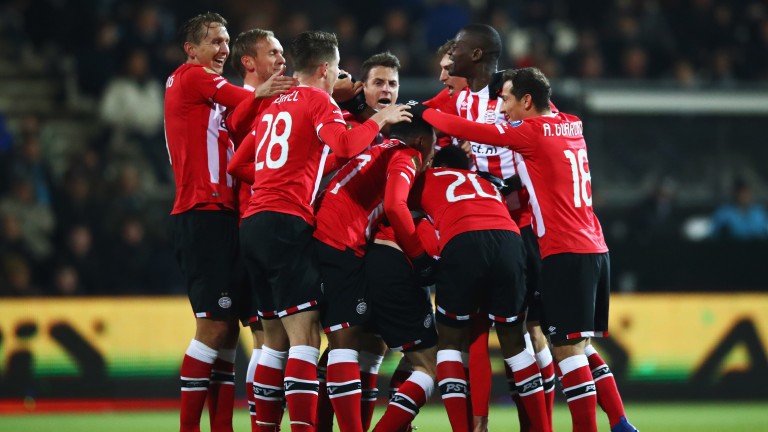 It'll be thumping at The Tub as Feyenoord and PSV do battle in the Dutch Cup quarter-finals - take Philip Cocu’s league-leaders to silence the home faithful.

Ousted from the Europa League early, PSV have been able to focus their fire on domestic issues and the upshot is a near-perfect campaign with 20 wins from 23 league and Dutch Cup matches.

They are chasing their first double since 2004-05 and have already beaten Feyenoord once this season, albeit in Eindhoven.

They have returned from the mid-season break to record a pair of away wins at Heracles and Twente and they show simply no signs of letting up.

Feyenoord are in good form – they have suffered just one defeat in ten since losing at Manchester City in the Champions League in November – but it’s generally been a deflating campaign for the Rotterdam giants, champions last season but a remote fourth in the table this time around.

They are strong at home although they’ve also managed to keep just a solitary clean sheet in their last ten games in front of their own fans.

Giovanni van Bronckhorst has also been distracted by negotiations over a possible sale to Newcastle of star striker Nicolai Jorgensen, a player they can ill-afford to lose given that the back-up is the recently re-signed and barely fit 34-year-old Robin van Persie.