Depleted Red Devils could be outclassed at the Parc des Princes 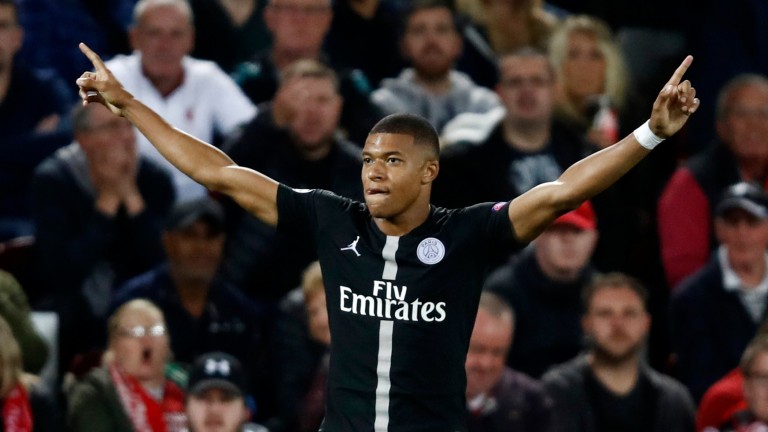 Ole Gunnar Solskjaer has worked a minor miracle to lift Manchester United back into the Premier League's top four but even his Midas touch may not be enough to steer the injury-ravaged Red Devils to a two-goal success over Paris St-Germain in the French capital.

United went into last month's first leg hopeful of causing problems for a PSG side weakened by the absence of world-class attackers Neymar and Edinson Cavani.

But it was a dismal night for Solskjaer's side, who slipped to a 2-0 defeat and barely laid a glove on their opponents.

It was made even more painful by first-half injuries to Anthony Martial and Jesse Lingard, and the late red card for Paul Pogba following his dreadful challenge on Dani Alves.

And United's injury situation has worsened over the last three weeks with Ander Herrera, Nemanja Matic and Alexis Sanchez joining Martial and Lingard in a crowded treatment room.

It means Solskjaer will have to make five enforced changes to his first-leg starting-line up and bookmakers are not holding out much hope for his patched-up team, who are 18-1 to reach the quarter-finals.

Even if United had been at full strength they would have faced a mammoth task.

PSG have not lost any game by two goals since a 2-0 defeat to Rennes in their final home game of last season.

And they have not lost by more than one goal in a Champions League home fixture since Barcelona defeated them 3-1 in a quarter-final tie in April 2015.

They will still be without Neymar and are expected to be patient with Cavani, who returned to full training at the start of this week after almost a month on the sidelines.

In any case they have demonstrated the depth of their squad by posting six successive wins without the dynamic duo.

Coping without two star players may help them in the long run because it has forced them to play more as a team.

They impressed at Old Trafford with and without the ball and had the chances to win by a wider margin.

Kylian Mbappe has relished the extra goalscoring responsibility, scoring seven goals in his last five appearances, and will be a huge threat to United if the game opens up.

United are in a tricky position, having to score at least two goals to have a chance of progressing, but are highly unlikely to bomb forward from the first whistle.

Playing an open game against PSG would expose them to a potential rout so they will probably look to stay in the tie for as long as possible and then perhaps look at changing tack in the final 30 minutes.

Solskjaer will take heart that a similarly weakened United team (albeit including Pogba) held Liverpool to a 0-0 draw at Old Trafford ten days ago but, even if his charges stay in the game, they may lack the capability to change gears later in the contest.

When Solskjaer looks to his bench he will see lots of young faces, many of whom lack any Champions League experience.

PSG have almost all the cards in their favour and must simply remain calm and take any opportunities to finish off the tie.

It is likely to be a matter of time before PSG extend their aggregate lead and if they remain focused, as they were at Old Trafford, they should keep a clean sheet.

Team news
PSG
Edinson Cavani (muscle strain) is back in training but not ready to be considered for a starting berth. Neymar (foot) remains sidelined.