Aussies set to give debuts to a host of young players 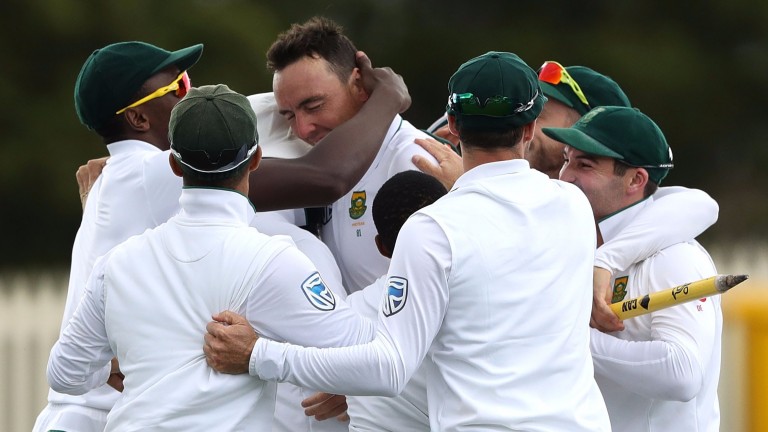 The build-up to the third and final Test match between Australia and South Africa has been dominated by the news that Proteas captain Faf du Plessis has been found guilty of ball-tampering, but that story does little to mask the problems facing the Australian team.

South Africa bowlers were dominant in Hobart as they sealed a series victory by an innings and 80 runs and the Aussie selectors have reacted by making sweeping changes to the squad for this day-night Test at the Adelaide Oval.

Batsmen Peter Handscomb, Nic Maddinson and Middlesbrough-born Matt Renshaw will all get the chance to don the Baggy Green for the first time, while uncapped 29-year-old seamer Chadd Sayers is also expected to debut on his home ground.

Adelaide hosted the first day-night Test last year when bowlers ruled the roost on a South Australian green top. Opponents New Zealand won the toss and elected to bat before being skittled for just 202 as Australia won by three wickets in less than three days.

The Adelaide ground staff have prepared a pitch that won’t favour bowlers to the same degree but the pink ball should still do plenty under the floodlights.

Du Plessis – fined his entire second-Test match fee but eligible to play – will be desperate to have the final say on this tour and the Proteas bowling attack, which was so devastating in Hobart, could fire the tourists to a 3-0 series whitewash.

The second-Test performance of Josh Hazlewood was one of few positives for the Aussies. The seamer took 6-89 in Hobart and he could be the main threat for the hosts after taking nine wickets in Adelaide last year.