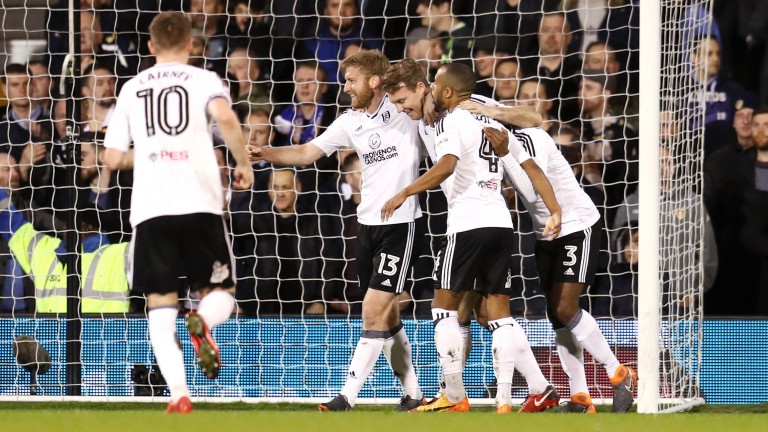 Fulham are back in the Premier League and bookmakers expect them to stay in the top flight after they beat Aston Villa 1-0 at Wembley to win the Sky Bet Championship playoff final.

Tom Cairney’s first-half goal proved to be the difference in a tight final as Fulham held on with ten men for the final 20 minutes following Denis Odoi’s red card.

Slavisa Jokanovic’s stylish side certainly look well equipped to deal with the demands of the Premier League and bet365 rate Fulham 8-15 to stay up.

Fulham are also 5-1 for a top-ten finish and 6-4 to be relegated but on paper there look to be three worse sides than the Cottagers, who possess quality performers such as match-winner Cairney and Ryan Sessegnon.

Sessegnon set up the winner as Fulham justified playoff favouritism to seal promotion.

Bigger clubs are sure to be interested in Sessegnon and Hills quote 7-4 that he is still a Fulham player after the summer transfer window with Tottenham 13-8 to sign the talented teenager.

Villa piled on the pressure after the break in an attempt to force an equaliser but it will be another season in the Championship for Steve Bruce’s side and Sky Bet rate them 8-1 for the title.

The sponsors also quote Villa at 7-2 to be promoted next season.

Steven Gerrard has landed his first managerial role at Rangers and his former England teammate Frank Lampard is 1-7 with Sky Bet to take charge at Sky Bet Championship side Derby.

The Rams, beaten by Fulham in the playoff semi-finals, are searching for a new boss after the departure of Gary Rowett to relegated Stoke.

The club have reportedly received 20 applications for the job but the betting revolves around Lampard, whose playing career ended in February 2017.

Brentford’s Dean Smith is 7-1 second-favourite – a point bigger than Darren Wassall, who had a temporary spell in charge of Derby in 2016.

Carlos Carvalhal, sacked by relegated Premier League side Swansea, is 14-1 with Sky Bet.

Southampton, who stayed up at the expense of the Swans, have rewarded their manager Mark Hughes with a three-year contract.

Saints are 9-1 with Sky Bet to be relegated next term and 5-4 to finish in the top half of the table.

FIRST PUBLISHED 8:00PM, MAY 26 2018
Slavisa Jokanovic’s stylish side certainly look well equipped to deal with the demands of the Premier League