Problems with the France team cannot be ignored 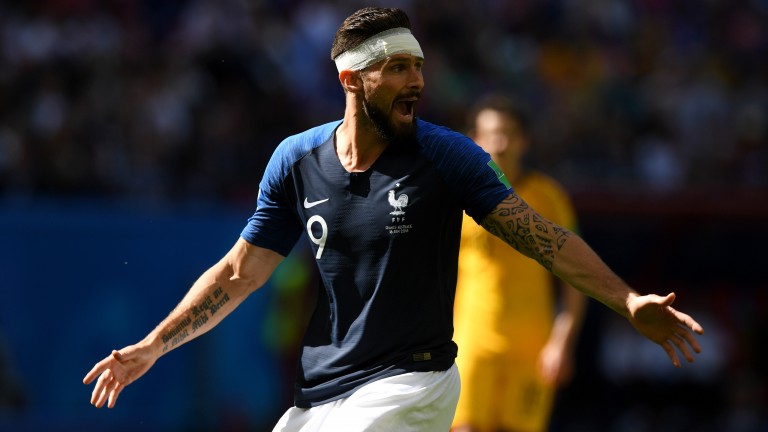 Olivier Giroud should be handed a starting spot against Peru
Getty Images
1 of 1
UPDATED 9:30PM, JUN 19 2018

Well, France won their opening game against Australia but it is hard to come out with any other positives about their opening performance.

They can be slow starters to tournaments - it took us a while to get going in 2006 and then we got to the final and we should have won it.

But their showing in Kazan was cumbersome and was lacking in rhythm, imagination and structure. It was totally underwhelming and it is no surprise that the reaction in France has been so negative.

This was against the team who are supposed to be the worst in Group C and it cannot bode well for games against Peru, who we play on Thursday, and Denmark, if manager Didier Deschamps elects not to make any changes.

At the moment, we have a team of individuals who are not a team and the way of playing is so rigid that it cannot bring the best out of the talented players France undoubtedly have.

If you compare the cohesion England showed in their excellent display against Tunisia on Monday and the way France played in their opening game, it is like comparing night and day.

Everyone knows their job in Gareth Southgate's team but the opposite is true of the French team.

They have the best number eight on the planet in N'Golo Kante, but he is playing far too deep and is unable to influence things. He can be France's most potent playmaker but he was too withdrawn in the first game.

With Corentin Tolisso also sitting back too much, there was a 30 or 40-yard gap between the midfield and the forwards, which is plainly a big problem.

They haven't got a player who can link it all up, as Hector Herrera did for Mexico against Germany, or Isco did for Spain, or Dele Alli and Jesse Lingard did for England against Tunisia.

And then France have the perennial issue of what to do with Paul Pogba. Deschamps has had two years since the Euros to get to grips with it but hasn't been able to do so, and your second game in a World Cup group is hardly the right time to start experimenting.

I am concerned rather than worried and, we have overcome slow starts before.

But it cannot help that Deschamps set up a friendly with a Spartak Moscow Under-19 team for all his fringe players and it was almost a disaster.

They scraped a 3-2 victory against a youth team. That should be absolutely incomprehensible.

What I don't think will happen is that these issues will escalate within the camp creating the problems within the squad that we have seen at previous tournaments.

They are a group of individuals more than anything else so the organisation needed for any disruption probably isn't there.

Things need to change though, and the big thing I would like to see is to bring Olivier Giroud into the starting line-up.

The presence of the Chelsea striker will be the perfect foil for Antoine Griezmann, who needs to work off another forward, just as he does when he plays alongside Diego Costa at Atletico Madrid.

He is a player who picks up the pieces and he is just not as effective when he is concentrating his efforts in wide areas.

That's the first change and the other is to push on against the Peruvians on Thursday. They didn't put Australia under any pressure at all. Why did they sit off them?

Mexico and Switzerland demonstrated against Germany and Brazil what you can achieve by putting teams under pressure from the front but France didn't do that and were fortunate to win due to a penalty and a deflected goal.

They need to do that to prevent Peru hitting them on the counter-attack. The South Americans cannot afford to sit back after they lost their opening game against Denmark and France have to be wary.

I always thought this would be the problem game for France in the group and I believe Deschamps will resist making too much of a change.

He won't panic and is likely to adopt a safety-first approach, so expect it to be a cagey game.

France should get through it in the end, mainly because Peru may not possess the same ability to convert their chances, as they showed in their defeat to Denmark.

But France now know where they need to improve and have had their wake-up call. Now they have to take notice.