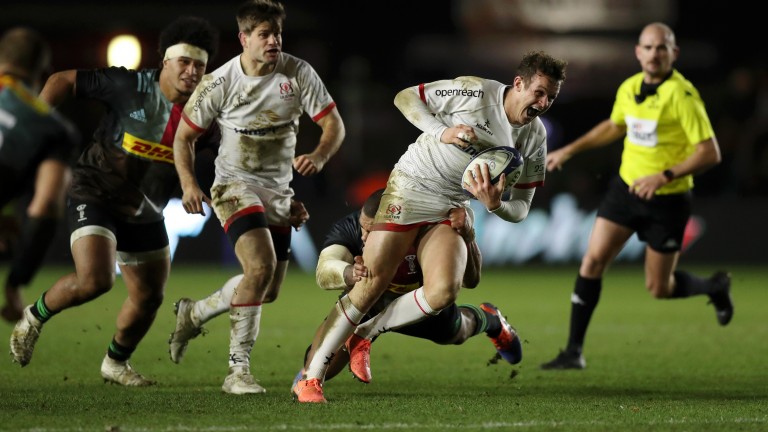 Edinburgh and Scarlets top Conference B in the Pro14 with identical records of seven wins and three defeats, and the Scottish side look equipped to widen that gulf when the teams meet at Parc y Scarlets on Saturday (Premier Sports, 3pm).

Both teams are missing their internationals but Edinburgh look to have a more experienced half-back pairing of Henry Pyrgos and Jaco van der Walt while the power of Viliame Mata and the returning WP Nel is a boost up front.

Difficult conditions are expected with stormy weather affecting the whole of Britain and Ireland so those will be critical battle areas and Edinburgh look to have the upper hand.

Edinburgh have won at Cardiff and Munster this season and thrashed the Scarlets 46-7 at home in October.

Ulster have a big win over Ospreys earlier in the season under their belts and will be looking to repeat the treatment at the Liberty Stadium (Premier Sports & S4C, 5.15pm Saturday).

The Ospreys haven’t won since round three against Benetton – their only victory of the season – and although they can call on internationals Adam Beard and Owen Watkin, who have been released from the Wales squad for the weekend, there are still some holes in their squad.

Ulster are without Will Addison and Jacob Stockdale in their backline plus Iain Henderson up front, but Louis Ludik is fit to return after a spell on the sidelines.

Billy Burns will run the show at fly-half and even though it’s a first game in a month they should hit their stride against the rock-bottom Ospreys.