Price is right for a Pisi try against Sale 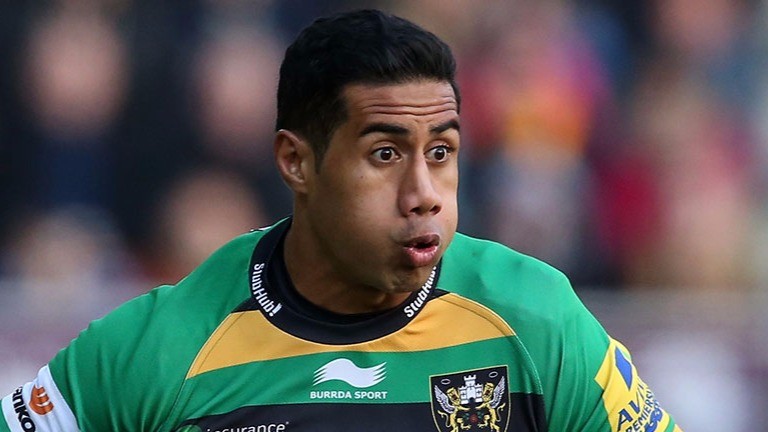 Sale's exciting code-switching wings Denny Solomona and Josh Charnley will be the focus of much attention at Franklin’s Gardens but it is Northampton wing Ken Pisi who looks a great price for a try in the televised Premiership clash.

Pisi has touched down in the last two league meetings between the sides in the East Midlands, which were both won handsomely by the hosts. And while the Saints are struggling for confidence, discipline and form, they welcome back most of the international contingent that missed Saturday’s 60-30 drubbing in Dublin by Leinster (Dylan Hartley is banned and George North is not fully fit).

The Saints players have said they are determined to reward their suffering fans with a positive performance not just a result.

Sale, who get a ten-point handicap start, have won at bottom of the table Bristol and drawn 34-34 at second-bottom Worcester in the league and have named a strong 23-man squad.

However, the Sharks have lost their last six games in all competitions and have been beaten cosily in their last five away games. Sixteen of the 27 league tries Sale have conceded have been to outside backs.

Back Ulster to get revenge on Pro12 champions Connacht for an October 30-25 defeat in Galway with a victory by one to 12 points in Belfast.

Ulster won 18-10 when the teams met at the Kingspan Stadium in April and 13-10 when the sides met at the venue in December 2014. And they have been involved in a number of close-fought contests in front of their fans in the league and Champions Cup this campaign and only lost once – to Munster.

The Connacht camp will be buzzing after Sunday’s European win over Wasps but they have to contend with plenty of injuries and have lost all three league away games so far narrowly.

Also in the Pro12 Zebre look worth a wager with a seven-point start from bottom-placed hosts Treviso. Zebre prevailed 19-14 at Edinburgh on their last league away outing and won both of last season’s meetings including 18-8 at Stadio Monigo.