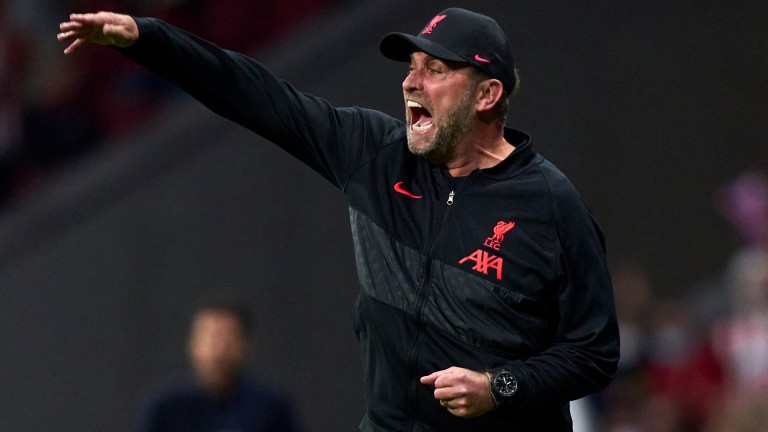 Preston
Josh Murphy, Ched Evans, Conor Wickham and Izzy Brown are out. Matthew Olosunde will be assessed but Ali McCann is fit again. Liverpool loanee Sepp van den Berg has been cleared to play against his parent club.

Liverpool
Jurgen Klopp is expected to rest the majority of his star men. Naby Keita was stretchered off in the win over United and is set to miss out, along with James Milner (hamstring) and Caoimhin Kelleher (illness). Harvey Elliott and Thiago Alcantara remain sidelined.

Liverpool toyed with fierce rivals Manchester United in a 5-0 drubbing at Old Trafford on Sunday and the relentless Reds can follow up with an equally entertaining away win in their EFL Cup last-16 clash at Championship outfit Preston.

Jurgen Klopp’s powerhouses ran riot against a beleaguered United at the weekend, enhancing their remarkable goalscoring record in the process.

Liverpool have netted at least three times in all eight starts on the road this season and, even in the likely absence of Mohamed Salah and company, the Merseyside men have enough in reserve to punish an out-of-form Preston.

Domestic cup competitions haven’t always featured prominently on Klopp’s list of priorities - they haven’t made a final since 2016 - but with mood in the Reds' camp sky high it would be foolish to let a gilt-edged opportunity like this one pass them by.

The Reds are on a 22-game unbeaten run in all competitions, and have already shown in this competition that they can cope when Klopp opts to rest his star men.

The German rang the changes in a 3-0 win at Norwich in the previous round but it was still a strong 11, with Divock Origi and Takumi Minamino spearheading their attack while Alex Oxlade-Chamberlain, Curtis Jones and Naby Keita held the fort in midfield.

Youngsters Conor Bradley and Kaide Gordon, who started at Carrow Road, may be given the nod again but there should be enough experienced personnel surrounding the pair to ward off any chance of an upset at Deepdale.

Liverpool had 17 shots against the Canaries and should create plenty more goalscoring opportunities against a Preston side who find themselves 19th in the Championship after 14 games.

North End have won only once in nine league outings and were no match for their Lancashire rivals Blackpool on Saturday as they slumped to a 2-0 defeat.

But there is no hiding from the fact that Liverpool are going to provide a far sterner test and the Reds should be confident they can keep the scoreboard ticking over on Wednesday night.

Klopp’s crew thrashed Lincoln 7-2 in this competition last season, drew 5-5 with Arsenal in their 2019-20 EFL Cup campaign and can secure a quarter-final berth with a high-scoring success in Lancashire.

Liverpool have scored 30 goals in just eight away games this season.

FIRST PUBLISHED 2:20PM, OCT 26 2021
Liverpool should create plenty more goalscoring opportunities against a Preston side who find themselves 19th in the Championship