Cardiff should be confident after toppling Leeds United 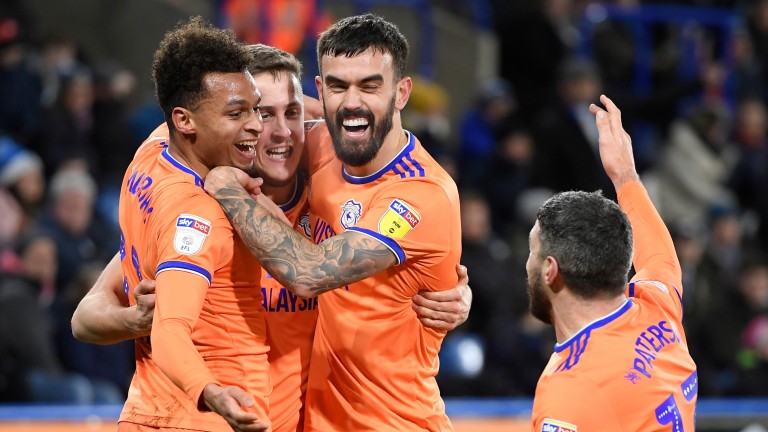 Preston
Paul Gallagher is available after signing a contract extension to the end of the season. Darnell Fisher is pushing for a start.

Cardiff
Nathaniel Mendez-Laing and Robert Glatzel are available if Neil Harris decides to freshen up his attack.

Preston and Cardiff are level on 57 points in the battle for a Sky Bet Championship playoff spot but the teams appear to be heading in different directions.

North End are clinging on to sixth place despite losing four of their last six games and conceding a late equaliser at lowly Luton last weekend.

Cardiff, in contrast, resumed their campaign with an impressive 2-0 win over title favourites Leeds and they are worth backing to claim another three points at Deepdale.

The Bluebirds have been hard to beat under Neil Harris, losing just four of their 26 games since the former Millwall boss took charge in November.

They have quality as well as obduracy, though, having beaten title-chasing West Brom at the end of January, and they showed their spirit in coming from 3-0 down to draw 3-3 away to Leeds and salvaging a 2-2 draw with Brentford after trailing 2-0.

The suspension of the season has given top scorer Lee Tomlin and influential winger Nathaniel Mendez-Laing time to recover from injuries and both returned as substitutes against Leeds.

Preston were unfortunate to only draw at Luton, whose goal was their only shot on target, but Alex Neil's side had been stumbling badly before the three-month break.

They had a spell of four defeats in five games and their poor record against the teams around them spells trouble for their playoff hopes.

Thirteen of Preston's 16 league wins this season have come against sides in the bottom ten and Cardiff, full of confidence after last week's heroics against Leeds, are a good deal better than that standard.

Preston have won only three of their 21 games against teams in the top 14 of the Sky Bet Championship.

FIRST PUBLISHED 12:45PM, JUN 26 2020
The Bluebirds have been hard to beat under Neil Harris, losing just four of their 26 games