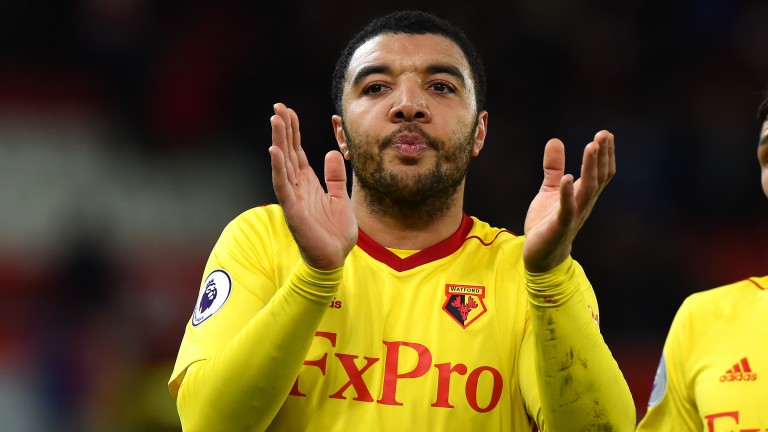 Antonio Conte may well have seen the weekend headlines which suggested he is one defeat away from the sack with Luis Enrique touted as a possible replacement and the Chelsea manager is not certain to ease the pressure at Watford.

Chelsea are strong favourites to bag maximum points at Vicarage Road, although with injuries affecting them in both boxes and Conte still coming to terms with Wednesday's shocking 3-0 home defeat to Bournemouth this could be a tricky test for the champions.

Chelsea have won just twice in their last nine matches, a run which has seen them knocked out of the League Cup by Arsenal and taken to penalties by Sky Bet Championship outfit Norwich in the FA Cup.

Conte's men were excellent on their last Premier League away day, thumping Brighton 4-0 with two goals inside six minutes laying the platform for an easy afternoon by the seaside.

However, that was one of only two away wins in their last eight on their travels. The other was at Huddersfield and during that poor spell they have failed to score at West Ham, Everton and Norwich.

Top scorer Alvaro Morata remains sidelined and deadline-day arrival Olivier Giroud is not fully fit according to Conte, who doubted the Frenchman would start in his pre-match press conference on Friday.

Andreas Christensen, who has arguably been Chelsea's best defender this season, has also been ruled out and David Luiz has not started a Premier League match since October 28.

There is a huge emphasis on Eden Hazard to sparkle but if Watford can shut down the space around the false number nine they could have some joy.

Watford have been on a shocking Premier League run with one win in 12 but the rot was at least stopped on Wednesday as Javi Gracia earned his first point as the Hornets boss with a 0-0 draw at Stoke.

Gracia grabbed a reputation as a giantkiller in his two seasons with Malaga, both of which ended with top-half La Liga finishes.

In his first season he took four points off Barcelona and in season two he beat Atletico Madrid and went unbeaten against Real Madrid. Gracia made Malaga a team who denied opponents space and were tactically astute, so Chelsea may struggle for openings.

Marco Silva's reign ended poorly and many attributed his desire to leave for Everton as a reason for the Hornets' poor form. However, before that they held Liverpool and Tottenham at home and beat Arsenal.