Prepared Fognini can be trusted to stop Berlocq 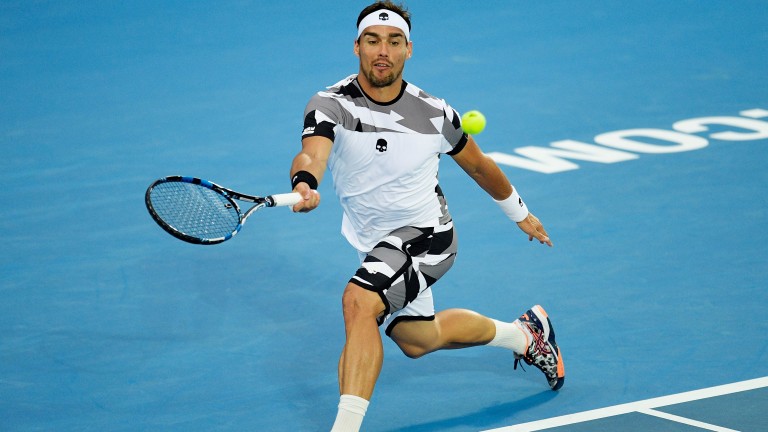 The vast majority of first-round matches in the Davis Cup World Group feature short-priced favourites against no-hopers with the closest clash being Argentina v Italy on paper.

Argentina are shorter than their guests in outright lists – that’s because Juan Martin del Potro could return to the line-up later in the year if the cup-holders win their opener.

But Italy are favourites to win the Buenos Aires curtain-raiser and that’s not surprising consider­ing Fabio Fognini can beat almost anyone on clay on his day and Andreas Seppi has started the campaign promisingly.

The Italians would do well not to underrate Diego Schwartzman, though. The Argentinian is a talented performer and Fognini would do well to respect him should they meet on Sunday.

Guido Pella and Leo Mayer are competent Argentinians, while Carlos Berlocq possesses bags of temperament for a battle.

Berlocq’s form has not been special this year, however, and aged 33 it’s asking a bit much of him to keep tabs on Fognini, who has beaten the best on the slow red terrain.

Fognini has been in Argentina all week so should have prepared well for the tie, and Berlocq may do well to avoid a quick defeat.

Great Britain have been prohibitively priced since Canada’s number one player Milos Raonic pulled out of their Ottawa tie. Vasek Pospisil may be returning to somewhere near his best and the Canadians are no mugs at doubles.

Leon Smith’s team will prob­ably win, but anyone thinking of backing the Brits without Sir Andy Murray should take care.

There is continued live action from the WTA tournaments in St Petersburg (from 9am) and Taipei (from 5am) on BT Sport 1 and 2.