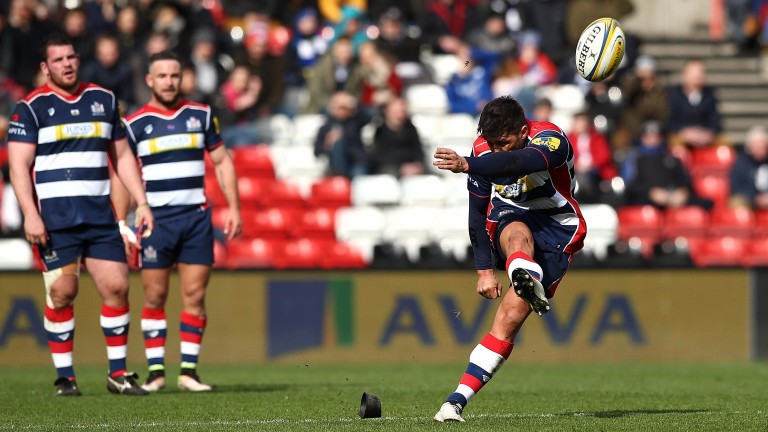 Bristol brought themselves within touching distance of Premiership safety distance with last week's shock win over Bath and they face a critical clash against second-bottom Worcester at Sixways.

Just two points separate the struggling pair and with so much at stake at a critical stage of the season, plus a rainy weather forecast to boot, there is every reason to expect a tight, hard-fought contest.

Bristol had to scrap every inch of the way in their 12-11 success against Bath. All their points came from the boot of fly-half Gavin Henson, making his first start Since October, and the former Wales international lines up at number ten again.

The Warriors have picked up good results in the Premiership at home since the turn of the year, beating Harlequins and Saracens, but at times they have lacked ambition, kicking away possession rather than looking to unleash their dangerous backs.

Coach Carl Hogg has made four changes to his starting line-up from last week's defeat at Northampton, with big-hitting forwards  Val Rapava Ruskin, Chris Vui and Marco Mama back in the pack, and it could be that the emphasis will be on the physical tussle.

These are the two lowest-scoring teams in the league so although Worcester look worthy favourites they are unlikely to cut loose. It could also pay to expect little in the way of try action - no prices were available yesterday for total tries but a dabble on no tryscorer at 33-1 is worth a go.

It's first against second in England's second tier (Sky Sports 3pm) but given that the gulf between Championship leaders London Irish and second-placed Yorkshire Carnegie is 25 points, the clash at Headingley doesn't have quite the significance of the Premiership encounter. The Exiles are four-point favourites.

Recommendations
Worcester to win by one to 12 points
1pt 8-5 Betfair
No tryscorer
0.5pt 33-1 Betfair, Paddy Power