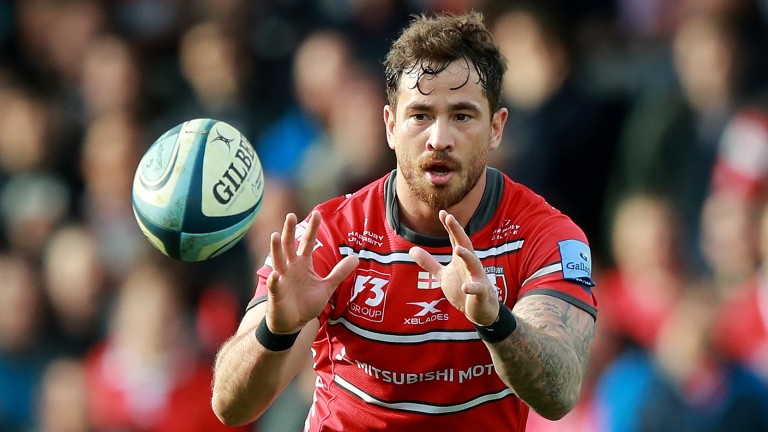 Third-placed Gloucester have hit form at just the right stage of the Premiership season and they look worth backing to keep their run going at Northampton.

Both clubs have an eye on a playoff place, and after Harlequins slipped to a third successive defeat at Sale on Friday, Northampton know that victory over the Cherry & Whites will put them within a win of overtaking fourth-placed Quins, with a trip to the Stoop to come.

The Saints celebrated Premiership Cup success and a victory at old rivals Leicester last month before being brought down to earth last week with a crazy European Challenge Cup defeat to Clermont.

The French club have been a cut above in the lower tier of European competition but even so it must have come as a shock for the Saints to find themselves 37-10 down after an hour.

A remarkable fightback to 37-31 followed before Clermont hit the gas again to win 61-38, and how much that game in France took out of the Saints could be a key factor.

Gloucester had last weekend off to focus on this clash and their current run of four wins from five includes successes over top pair Exeter and Saracens. There has been a real cohesion about the Cherry & Whites' performances, marshalled by half-back pairing Willi Heinz and Danny Cipriani.

There are a few injuries to the Gloucester backline, meaning Jason Woodward and Ollie Thorley miss out. But Charlie Sharples and Matt banahan are no mean replacements on the wings and Gloucester have it in them to at least stay within the handicap.

There's a battle of the strugglers in the Pro14 where South Africa's Kings are marginal favourites as they host the Dragons.

The Dragons' five wins this season have all come at home, but the most recent was at the beginning of January, and they have lost all of the seven matches they have played outside Wales by a double-figure margin.

The Kings have won just twice all season but lost by just five points to the Dragons in Newport in round two.