Premiership & Pro14: match predictions, free tips and where to watch 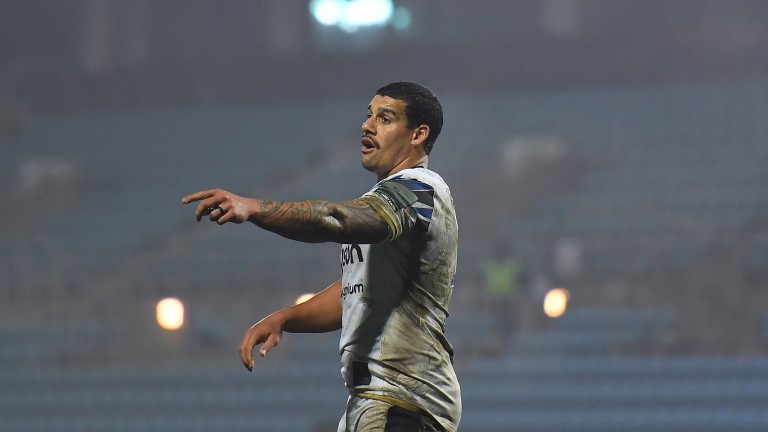 Bath are stuck on one win for the season in all competitions and they are odds-against to double that tally even with home advantage against Wasps on Friday evening.

It’s hard to pinpoint what has held back the West Country side but they were favourites heading to Leicester last weekend and raced into a 14-0 lead before being pushed all the way and losing 36-31.

It was their first game in three weeks so a lack of cohesion would have been understandable, and bookmakers may be a little hasty in making Wasps favourites at the Rec.

Bath were stunned by Newcastle at their stronghold in round one, went down at home to Scarlets in Europe, and their only victory has come away at struggling Worcester.

But they ran in three tries at the Tigers and scored five in that win over the Warriors, and there’s no doubting the strength of their line-up, particularly in the backline and back row.

The hosts have made just one change to the team who went down at Welford Road, bringing Tom de Glanville into the centre, and Wasps similarly show just one switch, with Thomas Young starting in the back row.

Wasps are buoyed by their win over champions Exeter last week and before that they showed a lot of character in a 26-23 victory at Sale following an unconvincing start.

But they may have been flattered by the 34-5 scoreline of their success over Exeter, who rested a host of internationals for that game. Their other two wins in the Premiership this campaign have been by three points and it could be another close one at the Rec. Bath look worth siding with on the handicap.

Friday’s other Premiership clash sees Worcester back in action after their New Year’s Day trip to Harlequins was called off because of a Covid-19 outbreak. The Warriors were awarded four points for that cancelled game but have won just once on the pitch in the league, by a single point over London Irish in round one.

Sale earned their first win under Paul Deacon at Gloucester last weekend and are strengthened by the return of Josh Beaumont to the starting pack after he scored the winning try off the bench at Kingsholm. The Sharks are 14-point favourites.

The Pro14 is turning into the All-Ireland Championship with the four Irish provinces occupying the top two spots in each Conference.

Ulster boast ten wins from ten after their 15-10 success at home to Munster last weekend but they are 14-point underdogs against Leinster in Dublin.

Edinburgh edged a weakened Glasgow team 10-7 last weekend and give up two points in the return trip to Scotstoun, where academy fly-half Ross Thompson makes his Pro 14 debut for the hosts.