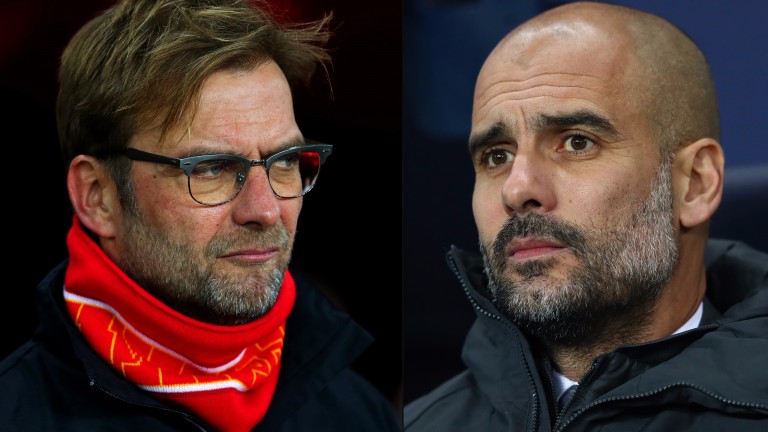 They may well have saved the best Premier League game of 2016 for last with Liverpool and Manchester City set to serve up a New Year's Eve spectacle at Anfield.

Reds boss Jurgen Klopp said he would "100 per cent buy a ticket" for this match had he not been in the home dugout and backing both teams to score in a game of at least three goals looks a worthwhile wager in a potential classic.

The elite fixtures don't always live up to the hype but Liverpool have scored a divisional-high 45 Premier League goals in 18 Premier League matches, while City are joint-second in that particular table and both teams are committed to attack.

Chelsea top the Premier League by six points - that could extend to nine before kick-off - although the two great entertainers of English football will be on show at Anfield in a game where the men from Merseyside and Manchester can ill-afford to drop points.

Liverpool shade favouritism and rightly so with home advantage as no visiting side have won at Anfield in 24 attempts and Manchester United are the only away team to triumph at the venue in the Premier League in 2016.

Philippe Coutinho's absence remains a problem but wide men Sadio Mane and Roberto Firmino will give Pep Guardiola headaches and Klopp is a bit further down the line with his side having had most of last season to shape up his title challengers.

The Reds midfield press well and whether they can knock City's superior players off their rhythm will go a long way to determining who comes out on top.

If Liverpool can nullify the threat of Kevin De Bruyne and David Silva they can claim victory. If they get it wrong City's talented playmakers will be in space to thread passes through to the returning hitman Sergio Aguero against a home defence set to be missing the services of the influential Joel Matip.

It's a mouthwatering prospect in store with Liverpool having scored in 16 of their 18 league games this season and City in 17 of 18.

However, while Chelsea ruthlessly keep clean sheets (11 shutouts already and none of the bottom four have been to Stamford Bridge), Liverpool have conceded 21 goals which is more than Middlesbrough. Excluding European qualifiers City have only four clean sheets in 25 games since Guardiola arrived at the Etihad.

Guardiola has chopped and changed formation and rearguard without sufficiently protecting goalkeeper Claudio Bravo and this will be the biggest test of his defence in the Premier League all season long.

Rarely does the former Barcelona and Bayern Munich boss take a backwards step and if he takes on Klopp in front of the Kop it's a heavyweight tussle that's unlikely to flop.

Team news
Liverpool
Philippe Coutinho is not ready for a first-team return and it's unlikely Joel Matip will figure. Danny Ings is a long-term absentee.

Key stat
The last eight Premier League meetings have all produced at least three goals with both teams scoring in seven of those clashes.