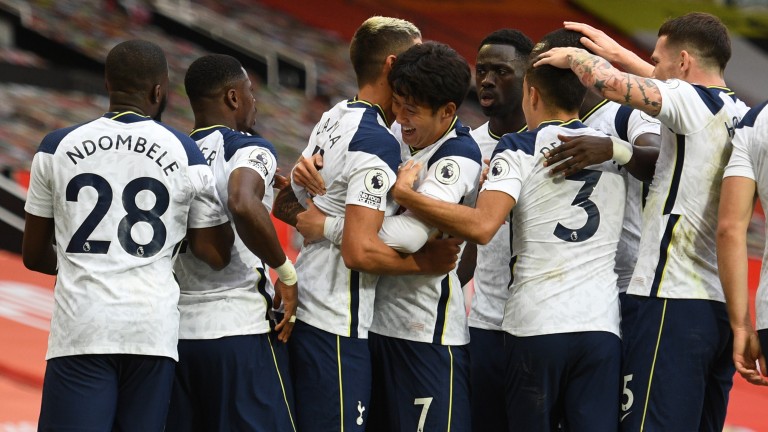 Tottenham
Japhet Tanganga and Giovani Lo Celso (both thigh) are sidelined while Eric Dier (hamstring) is a doubt after picking up a minor injury on international duty. Gareth Bale is fully fit and could feature.

West Ham
No fresh injuries are reported and Craig Dawson could join the squad after his loan move from Watford.

Tottenham and West Ham signed off for the October international break with hugely impressive performances and should produce an entertaining encounter this weekend although Jose Mourinho's side look likely to emerge victorious.

From a West Ham perspective matches against Spurs are always high on the agenda but the Irons disappointed their fanbase last season, losing 3-2 at the London Stadium and 2-0 at the Tottenham Hotspur Stadium.

However, West Ham make the short trip with a spring in their step after they followed up a 4-0 victory at home to Wolves with a superb 3-0 success at Leicester.

The Hammers delivered a counter-attacking masterclass against the Foxes with powerhouse centre-forward Michail Antonio opening the scoring and Jarrod Bowen sealing the deal with his second and third goals of the campaign.

And they were nice and compact in defence with Declan Rice and Tomas Soucek giving excellent protection to a back three expertly led by Angelo Ogbonna.

David Moyes, who returns to the dugout for the first time since testing positive for Covid-19, will be looking for more of the same, but it will be a lot tougher to contain free-scoring Spurs.

Since starting the season with a worrying 1-0 defeat at home to Everton, Spurs have thrown off the shackles, scoring 25 goals in just seven matches.

They were outstanding in their 6-1 victory at Manchester United a fortnight ago and approach the West Ham game with even more attacking options as Gareth Bale and Carlos Vinicius link up with the squad for the first time.

Mourinho may not be too keen to tinker with a winning side but likes what he has seen from Bale in training and told reporters that it is probable that the Welshman will be involved against West Ham.

Seeing Bale's name in the starting line-up or on the bench should be a boost to the other Spurs players, including Harry Kane and Heung-Min Son, who have made impressive starts to the season.

Kane has been involved in nine of Tottenham's 12 league goals this term, delivering six assists and three goals, while six-goal Son is among the early front runners in the top-flight scoring charts.

With Bale added to the mix, Spurs can be expected to score a bucketload of goals and their offensive strength can make amends for a lack of solidity at the back.

Spurs had an excellent transfer window but failed in their efforts to sign Inter centre-back Milan Skriniar and their rearguard remains a source of concern.

They have not kept a clean sheet in eight matches this season and the sequence may be extended, forcing them to rely on their world-class attack to clinch a third league win of the campaign.

Both teams have scored in each of Tottenham's last seven matches.

FIRST PUBLISHED 4:47PM, OCT 17 2020
Since starting the season with a worrying 1-0 defeat at home to Everton, Spurs have thrown off the shackles, scoring 25 goals in just seven matches