Tottenham v Burnley predictions: Spurs can turn up the heat in top-four battle

Clarets' injury-hit defence could be exposed 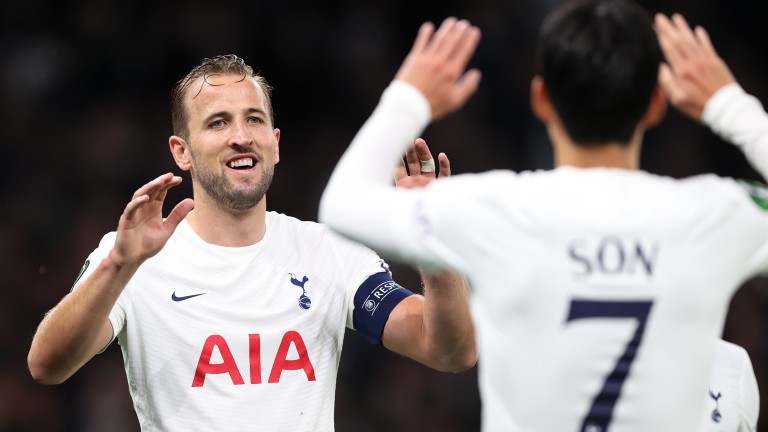 Harry Kane and Heung-min Son will fancy their chances against Burnley's defence
Charlotte Wilson/Offside
1 of 1
By Dan Childs UPDATED 2:46PM, MAY 14 2022

Tottenham are back in the mix for a top-four finish after Thursday's 3-0 success at home to Arsenal and can increase the pressure on their neighbours with a high-scoring success over Burnley in north London.

Having to play less than three days after a local derby might be far from ideal, but it gives Spurs an opportunity to turn up the heat on the Gunners, who face Newcastle at St James' Park on Monday.

Burnley would have been interested observers on Thursday and might have hoped an Arsenal victory would have consigned Spurs to fifth place and left them in a different headspace.

As it turned out, it was almost a perfect evening for Tottenham, who had the luxury of substituting Dejan Kulusevski and Heung-Min Son.

Eight Spurs players will probably have to go again, having completed the full game, but their condition should have been helped by the slow-paced nature of the second half which was as sedate as it gets in a derby encounter.

Tottenham should attack the game from the off and have every chance of making early headway against a Clarets' defence destabilised by injuries to central defenders James Tarkowski and Ben Mee.

Tarkowski's availability is in doubt after he was substituted due to a tight hamstring in last Saturday's 3-1 loss at home to Aston Villa.

And caretaker manager Mike Jackson has provided an update on Mee, who been out running having missed last two and-a-half months with a calf injury.

Jackson has made a positive impact and his team remain above relegation rivals Leeds, who have played a game more and possess a vastly inferior goal difference.

At this stage of the season there is no such thing as a free hit, but Burnley can approach the game knowing any points gained could be precious, while a hit to the goal difference - it is 21 superior to Leeds - would be largely incidental.

Burnley have been more positive under Jackson and that trend could continue, even if they find themselves trailing.

They were worthy 1-0 winners at home to Tottenham in February, prompting Antonio Conte to criticise his players and openly question his future at the club.

However, while Burnley's physical style unsettled Spurs at Turf Moor, it is less likely to gain them any traction in N17.

Spurs have won five of their last six home games, scoring 19 goals, and star individuals Harry Kane and Son should be full of confidence after their goalscoring contributions against Arsenal.

Son is chasing Mohamed Salah in the race for the Golden Boot and was visibly annoyed by his withdrawal on Thursday, but he has every chance of boosting his tally in another Tottenham home win.