Mourinho could once again park the bus in big away contest 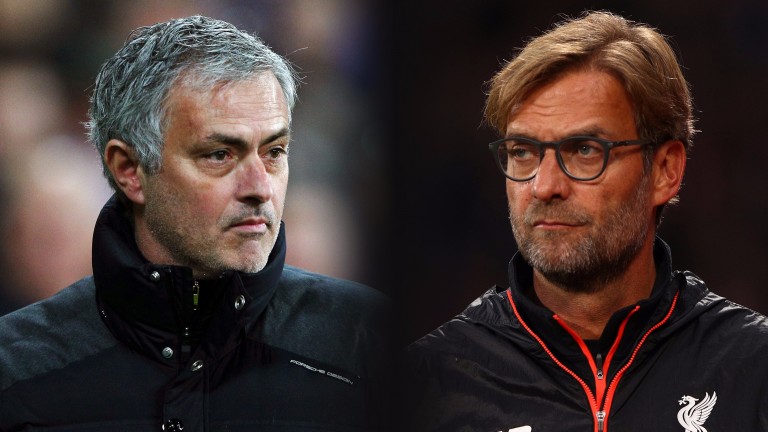 Manchester United have been almost perfect in the opening seven rounds of Premier League action this season but here comes their first proper test of the campaign - a trip to arch-rivals Liverpool.

United have collected an impressive 19 points with six wins, 21 goals scored and just two conceded as they almost match Manchester City stride for stride with a goal difference only one off their pacesetting neighbours.

However, whereas City have gone to Chelsea and triumphed, this is the chance for United to advertise their claims having previously taken advantage of a soft schedule pitting them against seven opponents sitting in the bottom half of the Premier League.

It's one thing beating Crystal Palace at home and quite another reigning supreme at Anfield, while after the Merseyside mission United also have games on the horizon against Chelsea and Tottenham before next month's international break.

So the real work starts here for Jose Mourinho's men and the swashbuckling shows put on at times this season could be swapped for a more pragmatic approach, similar to last season when United left Liverpool with a goalless stalemate.

Bookmakers can barely split the titans of English football and there could be nothing to separate the pair, at least early on, with a tight tussle expected from two heavyweights happy to gently spar rather than go straight for a knockout blow.

With that in mind a bet on no goal in the opening 29 minutes is worth considering and so too is a goalless first half at 2-1, something which has copped in front of the Kop in eight of the last 15 league meetings between Liverpool and United at Anfield.

Liverpool are at their best with space to work in behind opposition defences and one of Mourinho's great strengths is being able to keep his team tactically switched on with no gaps between the lines.

United drew 0-0 with Liverpool and City on the road last season and were also goalless at the break at Arsenal as well as in the FA Cup tie at Chelsea when on both occasions the Manchester men were beaten.

Avoiding defeat will be Plan A and with Nemanja Matic and Ander Herrera sitting in front of the defence, Jurgen Klopp's outfit won't have it as easy as they did in their 4-0 thumping of Arsenal in August.

Sadio Mane sizzled on that afternoon but is absent through injury and it will be interesting to see how whether Philippe Coutinho and Roberto Firmino are fully fit given their late arrival back from South America.

United's main threat comes through Romelu Lukaku, although if defensive discipline is the name of the game for the visitors he may be starved of service for the first time this season.

Key stat
United have not conceded a domestic goal before the 43rd minute this season.