Returning Lamptey should make his presence felt against Newcastle 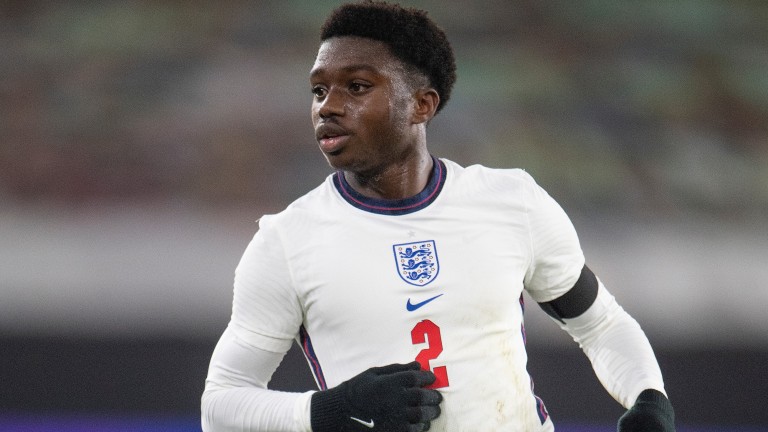 Aaron Wan-Bissaka is likely to be given the unenviable task of marking either Jack Grealish or Phil Foden in the Manchester derby and at 7-2 he looks a decent price to pick up a card.

Wan-Bissaka has been booked twice this season in the league and was sent off in the Champions League defeat to Young Boys. Grealish, his likely opposite number, was the most fouled player in the Premier League last year and is in this season’s top five.

In the same game, Kevin De Bruyne is fancied to rack up three or more shots. The Belgian has averaged 3.22 shots per 90 minutes this season, but that tells only half the story.

In matches against lesser teams, De Bruye’s shot numbers are much lower. His three highest shot totals this season are from games against Chelsea, Liverpool and PSG.

The City player racked up five shots in the away game with Liverpool and four against Chelsea at Stamford Bridge. Guardiola trusts De Bruyne in big games, often playing him as the false nine.

With less compacted defences, the playmaker finds more space in which to operate, look for him to pepper the Man United goal here.

Newcastle have allowed 160 shots this season, the most of any team in the league.

The return of Tariq Lamptey to full fitness is a real bonus for Brighton and in the cameo appearances he has made this season, he seems to have been played more prominently than last campaign.

Newcastle’s left side is a weak spot, as Reece James proved when scoring twice last weekend, and odds of 11-5 about Lamptey having two or more shots appeal.