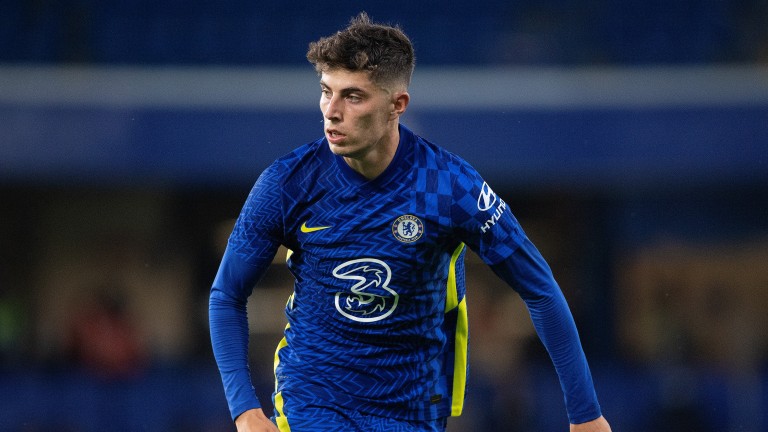 Kai Havertz scored the winner against Man City in the Champions League final
Visionhaus
1 of 1
By Joe Casey 2:15PM, JAN 14 2022

Kieran Trippier to have a shot on target
1pt 13-2 Betfair, Paddy Power

Joelinton to be shown a card
1pt 10-3 Boyles

Thomas Tuchel made an interesting tactical tweak for the EFL Cup semi-finals against Tottenham, moving to a 4-2-2-2 and away from his tried and tested 3-4-2-1 formation. One of the primary functions of the change is to have another striker to support Romelu Lukaku and Tuchel may persist with that ploy against Manchester City.

Kai Havertz started as the second striker in the first leg against Spurs and scored the opener before picking up a knock and coming off.

Back to full fitness, Havertz is the most likely candidate to start alongside Lukaku and has a habit of scoring in big games, including the winner when these two sides met in the Champions League final last year. Odds of 9-2 may underestimate his chances of getting on the scoresheet again.

Newcastle face Watford in the biggest game of the season for both clubs. New signings Kieran Trippier and Chris Wood will be thrown straight in and Trippier looks overpriced for a shot on target given he will be on free-kick duty for the Magpies.

The England international hasn’t registered a shot on target this season but his role in his new side will be vastly different from what was expected of him at Atletico Madrid.

At 13-2 Trippier makes plenty of appeal to manage a shot on target in his first game back in the Premier League.

Eddie Howe has remodelled Joelinton into a holding midfielder in his Newcastle side and with that new defensive responsibility has come an increase in the number of fouls he has given away.

The Brazilian leads Newcastle in fouls this season and has picked up two yellows in his last three league games in his new position so another booking does not look far away.