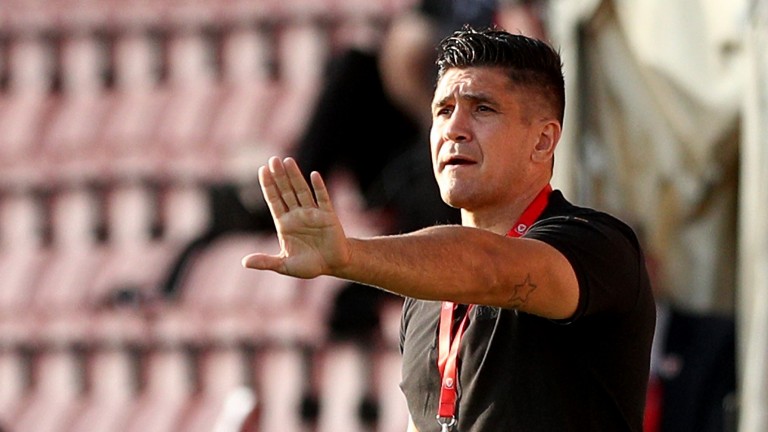 The new Premier League season is rapidly approaching and after a summer of managerial comings and goings, the oddsmakers have opened their books on which boss will be the first to leave their post.

Slaven Bilic was the first manager to depart last term after he was ousted as West Brom manager in December. However, with crowds back at Premier League grounds this season the tension may be ratcheted up a few notches for under-fire managers.

Well aware that Watford's owners have a history of making quick decision about the shelf-lives of their managers, bookmakers make current Hornets boss Xisco Munoz 5-1 favourite to be the first manager to be axed.

The Spaniard took the reins at Vicarage Road in December and led the Hertfordshire club to promotion from the Championship but, as previous Watford managers can attest to, success in the Hornets dugout doesn't always guarantee a stay of execution.

New Crystal Palace manager Patrick Vieira and Newcastle’s Steve Bruce are next in at 7-1.

Vieira faces a difficult task at Palace with a major rebuild underway after ten senior first-team players were released at the end of their contracts.

On Tyneside, the Magpies’ takeover saga looks set to rumble on and Bruce may face the ire of the returning Geordie faithful.

Ralph Hasenhuttl, who endured a disappointing season at Southampton last year, is the only other manager chalked up at single-figure odds with the Austrian at 9-1.

The pressure will be on Mikel Arteta to deliver at Arsenal this season after the Gunners failed to qualify for Europe last term and he is 10-1 to be the first manager to go. While at bigger odds, two managers who may be of interest to punters are Sean Dyche and Dean Smith.

Burnley boss Dyche has in the past been outspoken about what he perceives as a lack of investment in his playing squad and the recent acquisition of Nathan Collins was in part paid for by the sale of Ben Gibson to Norwich.

If the Clarets don't further add to their squad and start the season slowly then 16-1 could be a big price about Dyche being the first manager to go.

Conversely, expectations will have been raised for Dean Smith at Aston Villa after receiving significant backing from the Villa hierarchy.

The arrival of Emi Buendia is the latest in a string of high-profile signings at Villa Park and Smith will have to ensure his side start well if he is to retain the goodwill of his employers. The former Brentford boss is 20-1 to be first for the chop.

FIRST PUBLISHED 2:33PM, JUL 20 2021
Vieira faces a difficult task at Palace with a major rebuild underway after ten senior first-team players were released at the end of their contracts