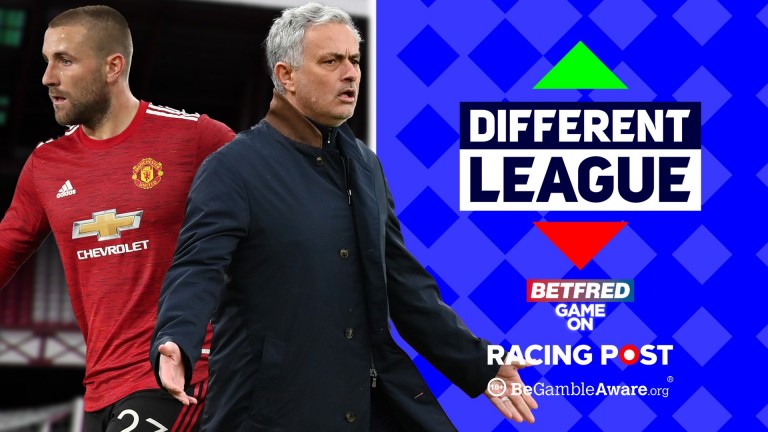 Former Premier League striker Gabby Agbonlahor has tipped Manchester United to thrash Tottenham on Sunday because the Red Devils stars will be desperate to serve up a beating to their former manager Jose Mourinho.

The current Spurs boss is under pressure having called out his players following last week's disappointing 2-2 draw at Newcastle and Agbonlahor, who was a guest on the Racing Post's YouTube show Different League in association with Betfred, can only see it ending badly for Mourinho.

Agbonlahor said: "I fancy United to put Tottenham to the sword and would go for something like a 4-1 win for the away team.

"Luke Shaw, Marcus Rashford, Paul Pogba, the players who were criticised by Mourinho when he was United manager will be up for it even more and, while I don't think United have evolved too much this season, they will be well up for revenge after the 6-1 beating in the reverse fixture.

"I've been in dressing rooms and the Spurs players could down tools. Mourinho has fallen out with Aurier, Alderweireld, Alli, Doherty and Bale and they will feel like they can see him off after he dug them out in public.

"Mourinho has to get with the times - you never see Pep Guardiola blaming the players.

"I actually think he was spot on in what he said.

"Davinson Sanchez and Joe Rodon don't look good together, Japhet Tanganga looks uncomfortable and Sergio Reguilon only wants to attack but you can't say it in the press.

"Leave that for the video analysis back at the training ground and just come out with the usual cliche comments in the media."