Everton still a work in progress under Marco Silva 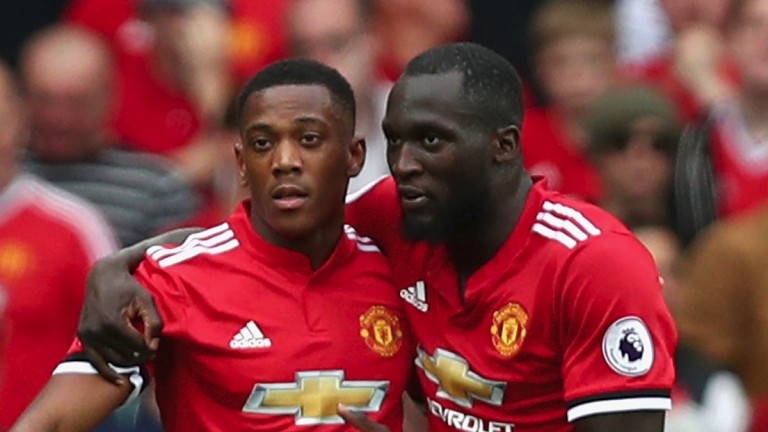 Everton have a miserable record against Manchester United in the Premier League era but they will kick off their clash at Old Trafford a point ahead of the Red Devils in the table.

The Toffees may be haunted by the knowledge that they have lost on 19 of their 26 Premier League trips to United but there is not the same fear factor about the fixture these days.

That is reflected in the match betting, with the home side almost 4-5 for victory, and Everton being well supported for a fourth straight league win.

United were thoroughly outclassed by Juventus in Tuesday's 1-0 Champions League defeat at Old Trafford and had to come back from 2-0 down to see off struggling Newcastle in their last home league match.

However, between those fixtures they were seconds away from ending Chelsea's unbeaten start to the season at Stamford Bridge and Jose Mourinho's men can get back to winning ways against an Everton side who are still a work in progress under Mourinho's young compatriot Marco Silva.

Both sides have exciting forwards and dodgy defences, so backing United to win and both teams to score makes more appeal than the hosts at odds-on. It has copped in three of United's four league wins this term.

Mourinho's men have a goal difference of minus one after nine matches, having conceded 16 goals and kept only one clean sheet.

Those statistics are unlikely to cheer up a manager whose success has always been built on a solid defence – his Chelsea side let in just 15 goals in their 2004-05 title-winning campaign.

Everton will certainly believe they can land a blow on that shaky home defence, having beaten Fulham 3-0, Leicester 2-1 and Crystal Palace 2-0 in their last three matches.

Last weekend's scoreline against the Eagles flattered them, however, as Jordan Pickford saved a penalty at 0-0 before substitutes Dominic Calvert-Lewin and Cenk Tosun scored in the last five minutes of normal time.

They needed a Gylfi Sigurdsson stunner to claim the points at Leicester and had conceded 11 goals in their first six games of the season under Silva.

United striker Romelu Lukaku is short of goals as he prepares to face his former club. The Belgian hasn't struck in his last eight club appearances, although he scored a Nations League brace against Switzerland in the international break, and he has plenty of quality around him with Juan Mata, Marcus Rashford and Anthony Martial set to start.

Martial took his two goals at Stamford Bridge superbly last weekend and the flying Frenchman could help fire the hosts to a much-needed victory.

Everton
Colombia defender Yerry Mina is pushing for a first league start while forwards Dominic Calvert-Lewin and Cenk Tosun both scored after coming off the bench against Crystal Palace last weekend.