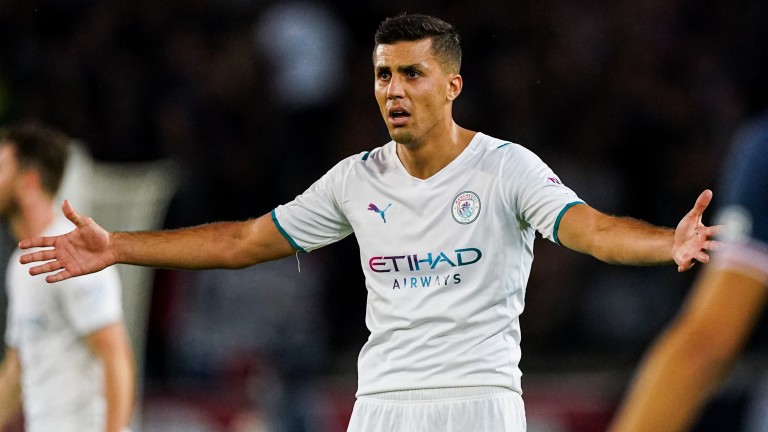 Rodri to be carded

Chelsea are looking forward to an EFL Cup final after their convincing 3-0 aggregate success over Tottenham, but their Premier League title hopes have faded during the winter months and could receive a knockout blow from leaders Manchester City at the Etihad.

City had their troubles against Chelsea last season, losing an FA Cup semi-final and the Champions League final, but they did not seem to be carrying any psychological baggage when deservedly defeating the Blues 1-0 at Stamford Bridge in September.

Pep Guardiola's side have recorded 11 successive league wins and should collect another three points against the Londoners, who might be carrying one or two tired legs after Wednesday's 1-0 success at Tottenham in the EFL Cup semi-final, second leg.

Three of the last four matches between Manchester City and Chelsea have been decided by a single goal but there is a strong possibility of a higher-scoring outcome this weekend.

Chelsea need a victory to revive their title hopes and may be prepared to take a few risks in search of the three points.

The Blues played an aggressive, attacking style at home to Liverpool and were unlucky to draw 2-2, but a positive approach could be asking for trouble against free-scoring City, who have netted 31 goals in ten Premier League home games.

Rodri to be carded

Manchester City are used to dominating possession but they rely heavily on Rodri, their most defensive-minded midfielder, to stem opposition counter-attacks.

Rodri has been carded in four of his last five appearances and looks a strong candidate to enter referee Craig Pawson's notebook.