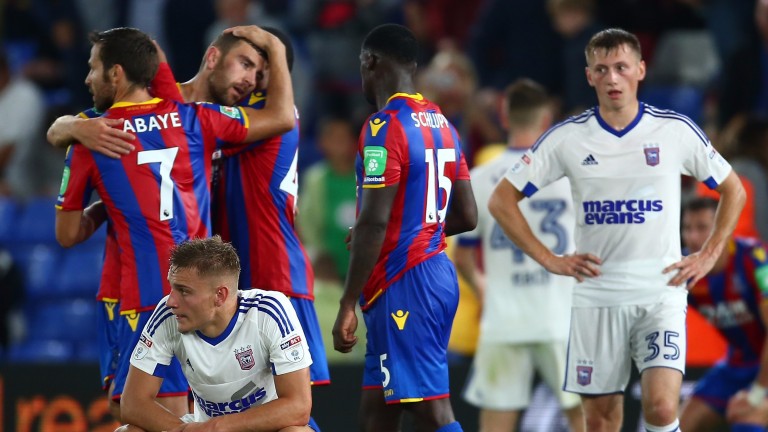 The Eagles are stranded but they may not be for much longer and Roy Hodgson can immediately get the Crystal Palace fans on his side with a positive result against Southampton at Selhurst Park.

This is no ordinary managerial debut, with Palace already feeling the heat just four fixtures into the new season, hence the sacking of Frank de Boer after Sunday's 1-0 loss to Burnley.

Hodgson and his players should already know the importance of this game.

With no points, no goals and no hope, according to many, of collecting anything worthwhile from their next three league games against both Manchester clubs and Chelsea, this already feels like a pivotal contest for Palace but they can rise to the occasion.

De Boer's sacking does not reflect well on those who made the appointment and then did little to back the Dutchman in the transfer market, but Hodgson appears better suited to managing a squad put together by Sam Allardyce than the former Ajax chief was.

Hodgson looked out of his depth at Liverpool and also at times as England manager, yet the much-travelled 70-year-old was in his element at a similar level to Palace with Fulham and West Brom.

The defensive organisation drills should work in time, although it could be argued that Palace had been unlucky in periods under De Boer with nearly every mistake ruthlessly punished.

Wilfried Zaha's continued absence is a blow but Christian Benteke will soon be opening his account, James Tomkins returns to the defence and Ruben Loftus-Cheek is back in midfield.

This appears a solid chance forPalace, as underdogs, to finally get something positive from the visit of a Southampton side who have won just once this season. Even that success was a 3-2 victory over ten-man West Ham in which they scored two penalties. That remains the only game in which they have found the net.

'The honeymoon is over' was the headline for a comment piece about Mauricio Pellegrino in the local newspaper this week, and he needs to be careful he does not end up going the same way as De Boer.

Southampton have decent players and a nice balance to their team but only once - in a 0-0 home draw with Swansea - have they played particularly well this term.

West Ham won the shots-on-target count 8-5 despite playing nearly an hour with one man fewer, Huddersfield were 6-3 winners on the same statistic in a 0-0 draw and Saints managed just one attempt on goal in last week's 2-0 home defeat to Watford.

Maybe Charlie Austin could be playing up front instead of Manolo Gabbiadini but for many Saints fans the complaint is a lack of support for the lone striker and whoever the frontman is they are too often left isolated.

Southampton
A late decision will be made on whether to start Virgil van Dijk, who lacks match fitness. Pierre-Emile Hojbjerg is unavailable.

Key stat
Southampton have scored in only two of their last 11 matches.