Maurizio Sarri's side can grind out win against Hammers 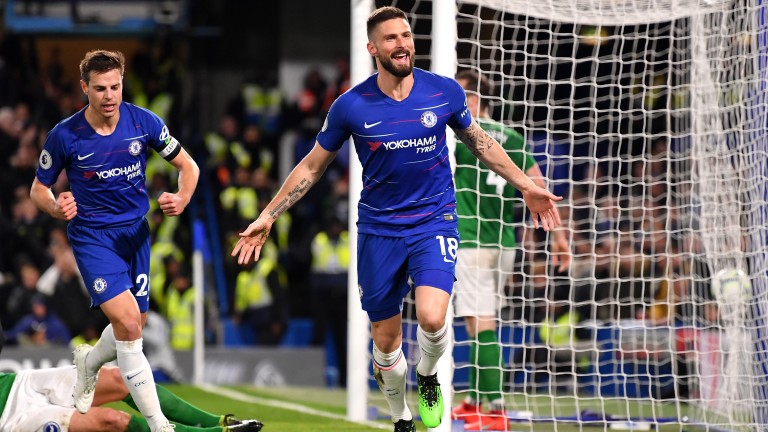 Chelsea have two possible paths into next season's Champions League and they can stay on track for a top-four Premier League finish by beating West Ham at Stamford Bridge.

Maurizio Sarri has winning the Europa League as a possible alternative route, with Chelsea through to the quarter-finals, but a London derby league win over the Hammers will take the Blues back into the Champions League qualification places before a difficult domestic run-in.

Sarri's side still have to negotiate trips to Manchester United and Liverpool, so it's imperative they take care of business in the easier fixtures as they look to build on their victories over Cardiff and Brighton.

Both of those wins featured under 3.5 goals and it could be the best bet to take again.

This is a step up from playing Cardiff or Brighton, but still the 11th-placed Hammers should be fearing the worst given Southampton are the only bottom-half side to have avoided defeat at the Bridge so far this season.

However, despite being a reliable short-priced home banker, the goals don't tend to flow freely for Chelsea. Eight of their last nine Premier League games at Stamford Bridge featured under 3.5, the exception being a mismatch against Huddersfield.

Two of Gonzalo Higuain's three goals for Chelsea came in that Huddersfield romp and the other was at Fulham. Eleven appearances and three goals against relegated clubs suggests he has been a flop since arriving on loan from Milan.

Ruben Loftus-Cheek and Callum Hudson-Odoi are not so much knocking on the door of the first team as battering it down, although stubborn Sarri will not guarantee that the England internationals will stay in the side despite impressing against Brighton.

Whoever starts, provided Eden Hazard is one of the 11, should do enough to overcome a West Ham team in danger of finishing the season with a whimper. 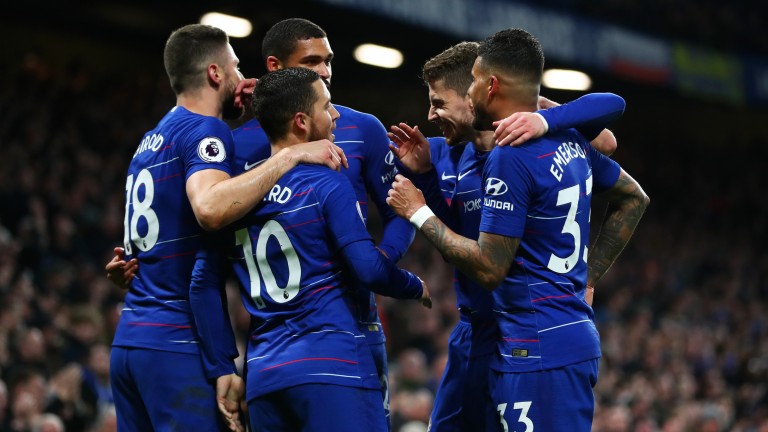 Their performance last time out when losing 2-0 at home to Everton was shambolic and their recent away record is six defeats and one draw from the last seven.

Those road woes are particularly concerning considering they face journeys to Old Trafford and Tottenham after this trip.

Marko Arnautovic, who wanted to leave in the transfer window, has not scored since January 5 and leading scorer Felipe Anderson last notched in the Premier League on December 27.

Clearly Manuel Pellegrini's key forwards are struggling, although they were resolute enough to lose only 1-0 at Manchester City and could put in a similar backs-to-the-wall effort at Stamford Bridge.

Team news
Chelsea
Ruben Loftus-Cheek, Marcos Alonso and Pedro have minor niggles, but should be okay.

Key stat
West Ham have not scored in their last 11 league defeats.