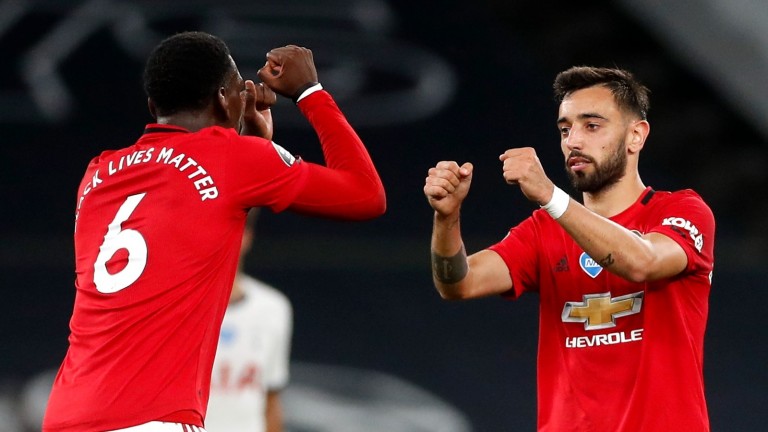 Manchester United
Axel Tuanzebe and Phil Jones are United's only injury absentees. Marcus Rashford, Anthony Martial and Paul Pogba should return to the line-up after starting the FA Cup tie at Norwich on the bench.

Brighton manager Graham Potter will have been delighted by his side's impressive return to Premier League action but the Seagulls may struggle to maintain their fine run against in-form Manchester United.

The Red Devils' extra-time win over Norwich in Saturday's FA Cup quarter-final at Carrow Road stretched their unbeaten run in all competitions to 14 games and they are starting to look like a proper team under Ole Gunnar Solskjaer.

The Norwegian was favourite to be the next manager to leave earlier in the season but the smile is back on his baby face after some excellent performances in the league, FA Cup and Europa League.

Solskjaer's creative options were boosted by the returns of Paul Pogba and Marcus Rashford from injury when the season resumed. In their absence, January signing Bruno Fernandes and top scorer Anthony Martial have caught the eye while the United defence have been churning out clean sheets.

A horrible error from David de Gea gave Tottenham a goal in United's 1-1 draw in London but they have kept ten clean sheets during the 14-game unbeaten run and backing them to win to nil at Brighton could prove profitable.

Before the break they had shut out Manchester City in both the EFL Cup semi-final second leg and the league game at Old Trafford, also keeping clean sheets away to Chelsea (2-0) and at home to Wolves (0-0).

Brighton's forwards are not in that kind of class although they resumed their campaign with a 2-1 home win over Arsenal and a 0-0 draw at Leicester, where top scorer Neal Maupay had a penalty saved.

The Seagulls pose a threat from set-pieces – Lewis Dunk scrambled home the equaliser against Arsenal from a corner – but they have failed to score in three of their last four league games, losing 1-0 at home to Crystal Palace and drawing 0-0 at Wolves before the season was suspended.

Sheffield United managed only one shot on target in their 3-0 defeat at Old Trafford last week and Todd Cantwell scored with Norwich's only accurate effort in Saturday's cup game.

The extra-time period at Carrow Road should not have taken too much out of United as they were playing against ten men and De Gea, Pogba, Rashford, Martial and Nemanja Matic were all left out of the starting 11.

With the big guns back at Brighton, United should be backed to continue their top-four push.

Manchester United have kept ten clean sheets in their last 14 games in all competitions.