Visiting Magpies can steal the points from drop-threatened Cherries 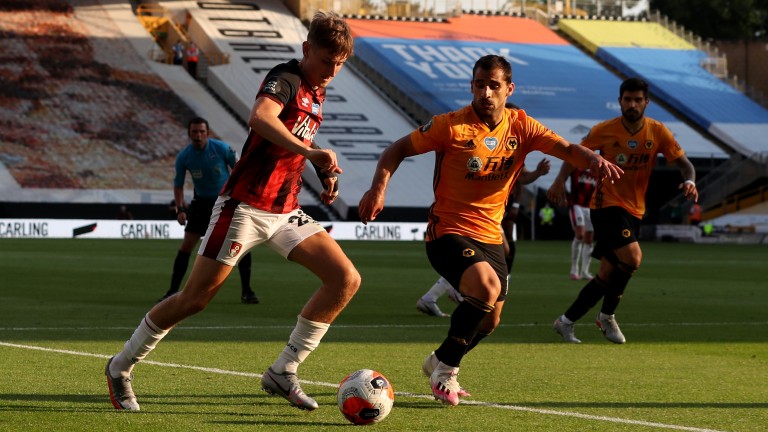 Bournemouth
Callum Wilson is suspended but Josh King could be involved after an ankle injury.

It seems followers of Bournemouth, Aston Villa, West Ham and Watford will all be thinking their teams are heading for the Sky Bet Championship next year.

But of the four teams, who are separated by just one point and have similar goal-difference statistics, it is perhaps Bournemouth who have the most to worry about with games against the two Manchester clubs, Tottenham and Leicester still to come.

However, while a victory over the Magpies looks crucial for the Cherries, it doesn't mean punters can be confident they will get it.

Eddie Howe's side were poor before lockdown and there seems little evidence from their two games since that they they have enough about them to stay up.

They were abject in a 2-0 home defeat to Crystal Palace, and it is difficult to enthuse about their performance in a 1-0 loss at Wolves.

The emphasis will be on them to attack but Callum Wilson's suspension for picking up ten yellow cards is a blow.

The return of David Brooks is welcome from a creative perspective, but the busy diary will be difficult for a player who has been injured for a year.

Newcastle don't desperately need points but that has contributed to Bournemouth's price looking a bit short.

Steve Bruce's team have suffered two defeats in their last ten league games, so a Dean Court victory should be within their compass.

The Magpies have scored in nine of their 15 away games this year while Bournemouth have kept just two clean sheets, so the home side look vulnerable.

It's worth backing the visitors but in the expected sterile atmosphere taking advantage of the draw-no-bet option makes sense.