Underperforming Red Devils worth taking on 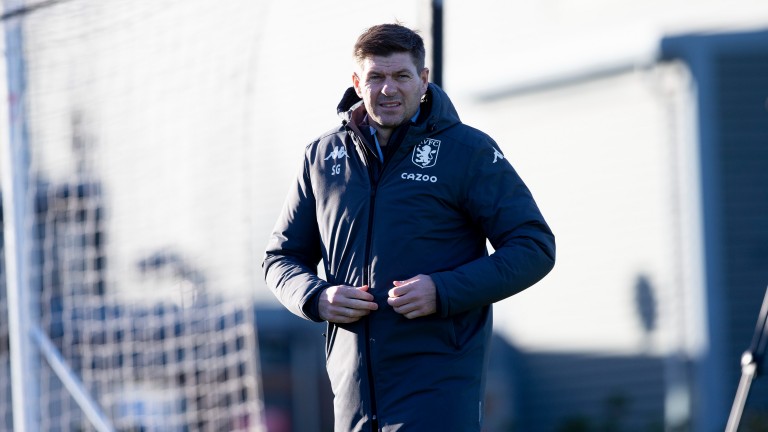 Aston Villa
Lucas Digne and Philippe Coutinho could make their debuts. Leon Bailey, Marvelous Nakamba and Bertrand Traore are out and John McGinn is suspended.

Manchester United
Cristiano Ronaldo is a doubt, Eric Bailly is at the Africa Cup of Nations and Paul Pogba is out. Harry Maguire and Phil Jones should be fit but Luke Shaw and Scott McTominay are suspended.

Mutinous talk may or may not be in the air at Old Trafford but what is beyond dispute is that Manchester United are well off the pace right now.

United dodged a bullet at home to Aston Villa on Monday night in the FA Cup, sneaking through to the fourth round courtesy of a 1-0 win. But the Red Devils were not convincing at all and are worth taking on when the sides reconvene in the Midlands on Saturday.

Ralf Rangnick jettisoned his beloved 4-2-2-2 formation on Monday night for a 4-2-3-1 which was supposed to bring the best out of Bruno Fernandes and Marcus Rashford. It didn't.

Having chosen that tactic because of Villa’s perceived lack of a wide threat, Rangnick will doubtless do so again, although he has also been talking about playing three at the back when he has enough central defenders available – and this weekend he does.

The fact that he’s still muttering about which system to deploy shows that his arrival has yet to bring about the impact United fans had hoped.

The Red Devils were as woeful on Monday as they had been in a 1-0 home league defeat at the hands of Wolves the week before and these are concerning times, especially with rumblings of an unsettled dressing room.

Rangnick has a big decision to make over Fernandes – without a goal or assist since the German arrived – and Rashford, who was jeered again on Monday night after another no-show. But he will be more concerned that he can’t call upon Scott McTominay, one of the few players performing with any credit at the moment. The Scot is banned and that may well hand the Villa engine room a definite advantage.

The mood at Old Trafford is in stark contrast to that at Villa Park, which is ironic given that Villa’s form isn’t actually that pretty at the moment.

Early window moves for Philippe Coutinho and Lucas Digne have heightened the optimism around Villa Park.

Coutinho and Digne last played in December so will be fresh without being rusty and could easily find themselves in action.

Villa have lost five of their last six but were cheered all the way back to Birmingham after Monday’s impressive performance at United, who they cut to ribbons with an alarming ease if you were a home fan. And two of the other losses were at the hands of Liverpool and Chelsea.

Just two of the last 17 meetings between the sides have ended level and Villa won at Old Trafford in the league in September, when both clubs were under different management.

Cristiano Ronaldo’s possible return doesn’t actually seem to alter anything because he, like so many of the United stars, is a shadow of when at his best. Given how Monday night unfolded, Villa must fancy they have an outstanding chance.

Just two of the last 17 meetings between the sides have ended in draws.