Premier League: who will finish in the top four and who will avoid relegation? 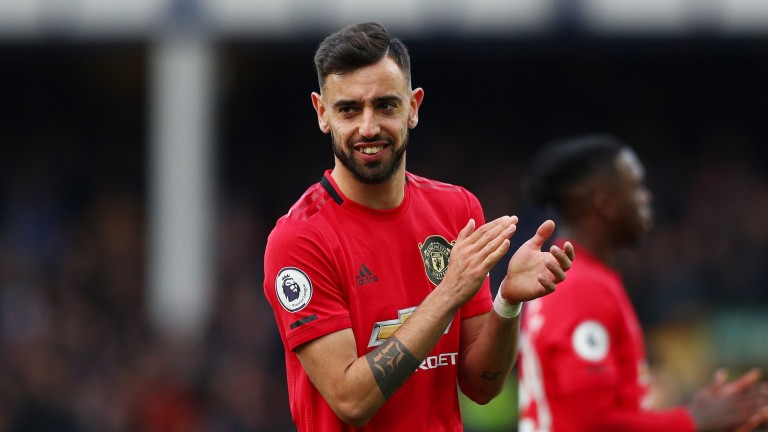 Between now and July 26, the revised final day of the Premier League season, we will be provided with answers to the questions which threatened to go unresolved when the coronavirus brought football to a standstill in March.

The title race is not among them. Even the most pessimistic Liverpool supporter would be hard pressed to suggest with any degree of seriousness that, with the fixture list set to be completed, the Reds will fail to secure six points from their remaining nine matches.

However, with massive financial incentives on offer for finishing in the Champions League places and for securing Premier League survival, there is still plenty left to play for aside from a probable Liverpool lap of honour.

The top-four battle, one of the most competitive in years, is heating up while the relegation dogfight, played out in empty stadiums, still has the potential to provide drama.

It will not be the same, of course, but for football watchers and bettors there is still a great deal of mileage in a season that had threatened to end prematurely.

Liverpool and Man City are likely to finish first and second, so there are two Champions League spots still to play for, and three if the Court of Arbitration for Sport upholds City's European ban - a decision which is expected in July.

Realistically, and as the top-four betting suggests, there are seven teams in the mix for two places which makes for an unusually open heat compared to this stage of the season in previous years.

Leicester and Chelsea, third and fourth, have the initiative but Manchester United are hot on their heels with Wolves, Tottenham, Sheffield United and Arsenal all shorter than 20-1 in the market.

Brendan Rodgers' Leicester did the bulk of their best work earlier in the campaign, picking up just 11 of their 53 points after the turn of the year, and currently enjoy an eight-point lead over United.

The Foxes' run-in starts off with games against relegation-threatened Watford and Brighton and two of their last five fixtures come away to Arsenal, Tottenham while  they host United, so they will be aiming for a fast start.

Home advantage may be dampened by a lack of fans as evidenced by the Bundesliga.

Such trends, however, have not been replicated in Bundesliga II and, with such a small sample size, it's hard to know how much emphasis can be placed on a lack of traditional home advantage.

It won't hinder Leicester, anyway, and they should be expected to secure a top-four finish, but the battle between Chelsea and United, separated by just three points, is more interesting, even if it may ultimately prove insignificant.

The Blues will have to take on Liverpool and City, but also face four bottom-six teams while, out of the Premier League's traditional 'big six', United only have to play Tottenham.

The Red Devils also face four bottom-six rivals while matches against Southampton, Crystal Palace, and potentially Leicester on the final day of the campaign, are winnable for Ole Gunnar Solskjaer's men.

United improved for the January addition of Bruno Fernandes, going unbeaten in 11 matches before the break, and will be boosted by the likely return to fitness of both Paul Pogba and Marcus Rashford.

The Red Devils look value for a top-four charge at 7-4 but, while Wolves could surprise, Chris Wilder's Sheffield United may see their challenge fizzle out.

Tottenham, meanwhile will suffer from a diminished home advantage in key clashes with United, Everton, Arsenal and Leicester while Arsenal have a game in hand but probably have too much ground to make up.

While there is still time for teams to get dragged into the dogfight, a five-point gap between Southampton in 14th and 15th-placed Brighton suggests that six teams will battle to avoid the three relegation places.

Norwich, six points adrift, face trips to Arsenal, Chelsea and Man City. The Canaries will do well to turn the tide given that 15 of their 21 points came in front of their own fans at Carrow Road.

Of the remaining quintet, Brighton are two points clear of safety but face four 'big-six' clubs, and top-four Leicester, while West Ham, Watford and Bournemouth are locked together on 27 points.

Watford, playing better under Nigel Pearson, should survive if they pick up a reasonable share of points in matches against Burnley, Southampton, Norwich, Newcastle and West Ham but the others are hard to split.

Brighton have the advantage, but face four of the Premier League's big six, all at home. They may have to wait until their final three matches, against Southampton, Newcastle and Burnley, to secure their safety.

West Ham, meanwhile face a tough start against Wolves, Spurs and Chelsea but will then have chances against Newcastle, Burnley and three fellow bottom-six clubs with the table not suggesting they will suffer greatly from a lack of true home advantage.

Bookmakers look to have it right in making Bournemouth and Villa odds-on to go down. The Cherries have claimed 17 of their 27 points at Dean Court this season and have no chances to take points off their chief relegation rivals.

The Villans have the opportunity to get out of trouble with a game in hand against Sheffield United on Wednesday but their following nine games include meetings with Chelsea, Wolves, Liverpool, Manchester United, Everton and Arsenal. They look in serious trouble.