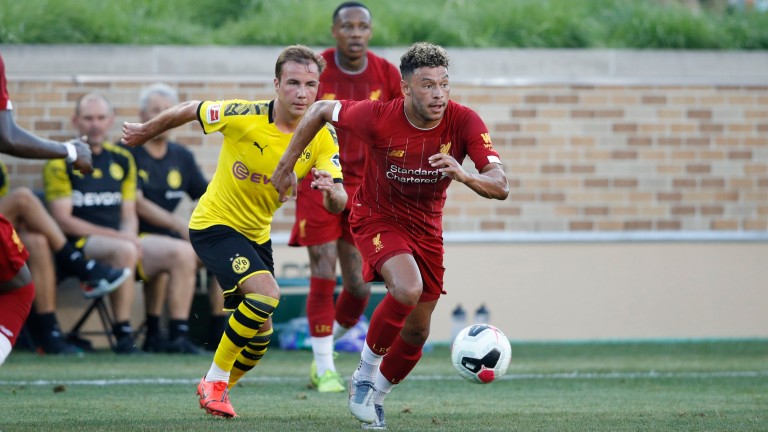 Alex Oxlade-Chamberlain returned from long-term injury at the end of last season
Joe Robbins
1 of 1
By Mark Langdon 12:17PM, SEP 6 2019

The joy of a sixth European Cup success eased Liverpool's pain of failing to end their long wait for a Premier League title but there could be more domestic dissatisfaction to come as they attempt to end Manchester City's reign as champions.

Liverpool deserved some silverware last season and so it came with victory over Tottenham in the Champions League final, following the never-to-be-forgotten toppling of Barcelona in the semi-final.

The fans on the Kop were in awe of their heroes that night, as the Reds battered Barca 4-0 to overturn a 3-0 first-leg deficit and Liverpool once again showed their appetite for the enormous European nights.

However, as their large travelling army made their way back from Madrid there was still a tinge of disappointment.

There was a sense of what might have been as the wait to be English champions ticked over to another year. It will be the 30th anniversary of their last title if they fail again.

But there are good and bad ways to miss out and last season was one of the best.

Jurgen Klopp's side lost only once in the Premier League - away to City – and they finished with 97 points, the best tally by a team who didn't win the title.

The foundations are set for the attackers to enjoy themselves and wingers Sadio Mane and Mohamed Salah finished as joint-winners of the Golden Boot on 22 goals, ably supported by flying full-backs Trent Alexander-Arnold and Andy Robertson.

Between them they finished with 23 assists and there's no reason to suggest either will suddenly slow down.

It's little wonder Klopp has been quiet in the transfer window with Joe Gomez and Alex Oxlade-Chamberlain returning from injury and Naby Keita capable of more than he showed in his debut season, but with City around is it enough?