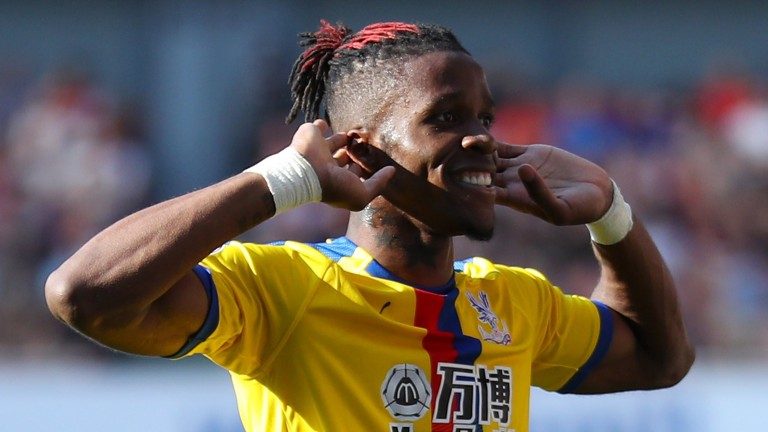 Will he stay or will he go?

No team in the Premier League pyramid is more difficult to place than Crystal Palace until we know the exact destination of wantaway Wilfried Zaha.

With Zaha, Palace are a competent mid-table outfit. They were possibly unfortunate to finish only 12th last season having struggled in attack as Christian Benteke featured for just 813 minutes and Chelsea loanee Michy Batshuayi only arrived in January.

But if Zaha gets his wish to force a move then they could be sunk.

No matter how much money Palace receive from any potential suitor it will almost be impossible for Roy Hodgson to attract anything like the same calibre of player to Selhurst Park.

There was a time when Palace were doomed without Zaha, losing 14 straight Premier League matches when the Ivorian international failed to start.

That horrendous streak was finally snapped with a 1-0 win over Leicester in December and backed up by a 2-0 success over Fulham in February, but Palace will become much less threatening should Zaha follow Manchester United's Aaron Wan-Bissaka out of Selhurst.

Palace scored 51 league goals last season and ten of those were penalties bagged by Luka Milivojevic. Six were won by Zaha, who was the Premier League's most fouled player.

Only Eden Hazard had better dribbling stats in the division and for all that football is a team game it certainly helps a lower-ranked club to have a player like Zaha in the side.

Sorting out his future is Palace's priority, followed by finding a suitable replacement for Wan-Bissaka, arguably the best defensive full-back in the Premier League last season.

And Hodgson also needs to find a way of improving Palace's home form.

Nine of their 14 Premier League victories came away from Selhurst and the illusion of Palace being better on the road because of their ability to hit teams on the break isn't backed up by statistics with the Eagles scoring just twice from goals listed as counter-attacking moves.