Premier League predictions for all of this weekend's games

Liam Flin takes an early look at the top-flight fixtures 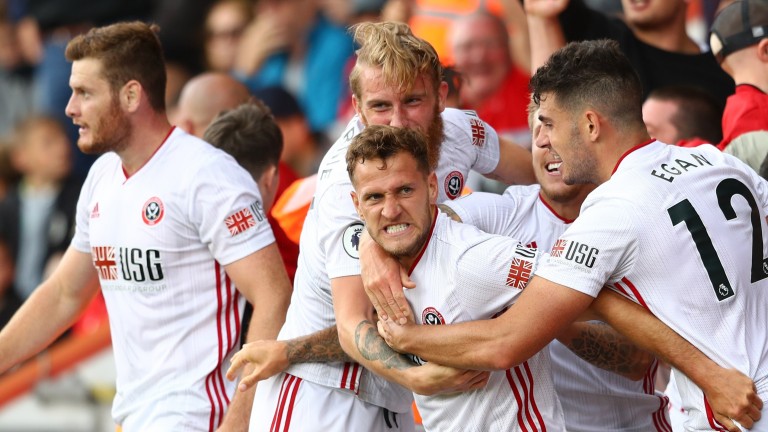 Expect an exciting encounter with Southampton having scored in 18 of their last 19 home assignments and both teams finding the net in three of Leicester's last four away games.

Manchester City should see off Aston Villa, who conceded three times against Arsenal and Manchester United. But Dean Smith's men could get on the scoresheet after notching 14 goals in their last five matches.

The form of these sides has fluctuated and, with only five wins between them this campaign, a draw could be the way to go. Lewis Dunk is worth a look in scorer markets given that Everton have shipped the most goals from set-pieces in the league.

Watford can register their first win of the season after admirable performances against Sheffield United and Tottenham. Bournemouth won only five of their 19 away games last term and are stronger on their own patch.

Sheffield United continue to stifle Premier League opposition and their resolute defending points to a low-scoring affair away to the Hammers. Under 2.5 goals has landed in United's last six games.

A trip to Turf Moor is the last thing any club wants after an arduous European trip in midweek and Chelsea could be held to a draw by Burnley. The Blues have won their last six games but, prior to Ajax, they were all games they were expected to win.

Under 2.5 goals is around the 1-2 mark for this game so bookmakers do not expect a memorable clash. Newcastle could lose out by a single goal as they did in defeats to Chelsea, Manchester United and Arsenal.

Liverpool are unbeaten at Anfield in the league since April 2017 and Leicester were the last side to get a point there in January. To take anything away from the Reds it takes an industrious group working well together and Tottenham don't fit the bill this season.

Crystal Palace won this corresponding fixture 3-2 last season and should not be taken lightly by inconsistent Arsenal. The Gunners should have the attacking quality to edge this but only by a single-goal margin.

This is a completely different game to Manchester United's visit to Liverpool last week and the Red Devils are worth opposing against Norwich, who are starting to get their strongest 11 fully fit again.