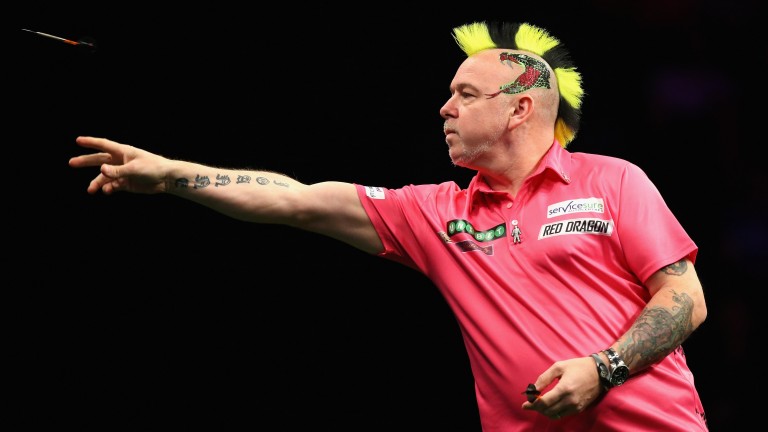 Premier League darts returns to our TV screens on Thursday evening, the opening salvo in a four-month battle that will quite probably end with Michael van Gerwen lifting the trophy for a fourth successive year.

The world number one and recently crowned Masters champion arrives in Newcastle for the opening night the 8-15 favourite and many punters reckon he's a certainty following Gary Anderson's last-minute decision to pull out because of a back injury.

Anderson's withdrawal means a tweak to the tournament – the field has been reduced from ten players to nine with only one player facing elimination on Judgement Night after Week Nine – and the removal from proceedings of one of the few players who can give Van Gerwen a headache.

It's 8-1 bar The Green Machine, who we surely know will qualify for the playoffs in May because he always does. He's topped the league table in each and every Premier League he's been a part of so you can legitimately argue that if you back him now you are essentially getting 8-15 that he wins two matches at the O2 on May 23.

Davies's top tip
Peter Wright 12-1
If that's not tempting then who else leaps off the coupon as a contender?

Michael Smith, who lost to Van Gerwen in last year's final and again in the world final last month, is next best at 8-1, followed by Rob Cross, Peter Wright and Mensur Suljovic.

Snakebite didn't have a great year in 2018, that's no secret. The world number three still managed to make ten finals, winning three of them, but after reaching the Grand Prix final in October his form dropped off.

Wright has started this year with a new outlook and certainly played some nice stuff at The Masters in Milton Keynes, beating Adrian Lewis and Michael Smith before losing to James Wade in the semis, a match he had won.

He remains a class act and a major winner and as a previous finalist – he was runner-up to Van Gerwen two years ago – he knows what it takes to go the distance.

Smith's confidence is obviously high but following up a stellar year isn't always easy – just ask Cross, who is pretty much starting from scratch.

Next best
James Wade to make the semi-finals 5-2
The competition for the other three semi-final spots does look wide open with Anderson a non-runner.

The only players who can be ruled out with any degree of confidence are Gerwyn Price and Raymond van Barneveld, who is playing in his last Premier League before retirement. He rarely had much time for the workload of this event, even in his pomp, and while he will still be able to produce the odd spark of timeless magic, Barney's best days are long gone.

You need consistency to reach the semis and that’s why James Wade is overpriced at 5-2.

A three-time finalist, Wade is now throwing as well as ever.

A couple of big wins last autumn did wonders for his self-belief and he again looked the part in Milton Keynes over the weekend reaching the final of The Masters.

Wade has upped his scoring power and remains a peerless match player – give him a sniff and he will take it out, and that strength of character will give him quite an edge in a field which isn’t the strongest.

The Dutch star endured a terrible 2018 – both on and off the oche – and would have us believe that he's a better player than the one who was undone by Darius Labanauskas with a sub-90 average at Alexandra Palace.

The crowds will certainly be right behind him although it's hard to know if the appetite is there.

The other serious contender is Gerwyn Price, who absolutely loathed his first taste of Premier League last year and played like it. He failed to win any of his nine matches, accruing just two points.

If the crowds will be behind Barney then they certainly won't be cheering on Gezzy, whose on-stage antics don't seem to chime with the darting masses. He says that doesn't bother him, although the evidence at the worlds and the Masters is to the contrary.