Premier League Night 12: Betting preview, tips and when to bet

Michael van Gerwen out for revenge against James Wade 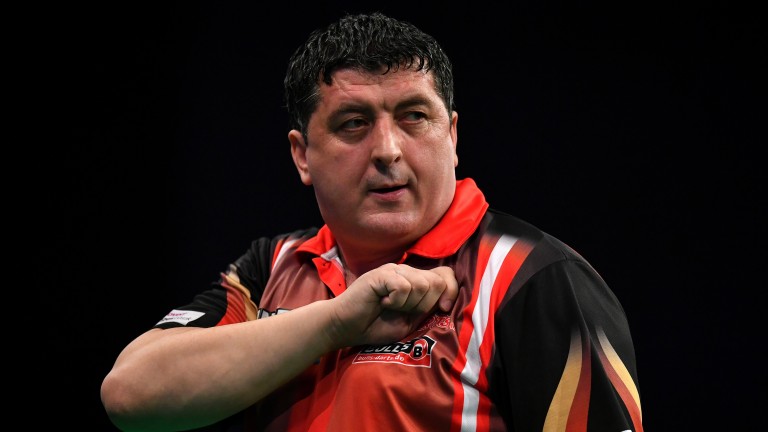 Mensur Suljovic will look to slow the game down against Michael Smith
Getty Images
1 of 1
By Steve Davies 8:00PM, APR 24 2019

Michael van Gerwen has lost only two matches in this year’s Premier League and he gets the chance to avenge both of them over the next two Thursdays.

Mighty Mike plans to put his Berlin conqueror Daryl Gurney back in his box in Manchester next week but first he wants to take care of James Wade, who beat him in Exeter at the end of February.

Michael Smith, last year’s beaten finalist, has almost certainly run his race in this year’s Premier League with his fate set to be sealed in Birmingham at the hands of his nemesis Mensur Suljovic.

Bully Boy, bottom of the table on eight points and without a win in four games, looks a broken man and Sunday’s 6-0 drubbing by Ricky Evans – he had just two shots at a double and an 85 average – in his only match at the German Grand Prix won’t have helped his mood.

Suljovic boasts a winning record against Smith and crushed the Englishman 7-2 earlier in the competition in Berlin.

Smith likes to get on with games and plays better when the pace is brisk. Suljovic knows that and, therefore, will slow everything down. It’s common sense but Smith falls for it too often.

Rob Cross has won both his Premier League showdowns against Gerwyn Price and he can complete a hat-trick.

Voltage is enjoying a fantastic 2019 with two finals – one of which was the Ladbrokes UK Open – and two semis, the most recent on Monday at the German Grand Prix. He beat Mensur Suljovic and Daryl Gurney on his way to the last four where he was unpicked – yet again – by Michael van Gerwen.

Mighty Mike may have Cross’s number – he also beat him last Thursday as the pair traded places at the top of the table – but few others do.

Both Cross and Price are in good form though the Englishmen is showing more consistency.

The former world champion is odds-on but since he’s throwing first and has to break to win, he’s worth chancing at 11-8 minus 2.5 legs.

Snakebite seems to have completely lost the plot. A tinkerer beyond compare, it’s now getting ridiculous quite how often he is changing his equipment and he’ll be changing them again after last week’s 8-2 demolition by James Wade.

Three days later he was losing to Ross Smith at the first hurdle in the German Grand Prix and ought to be fearing the worst against Superchin.

That said, and even though Wright is without a win in his last seven, Daryl Gurney isn’t someone you can always rely on. Far from it.

Their three Premier League clashes have all gone the distance and ended in draws.

After the briefest of periods off the top of the Premier League table, Michael van Gerwen resumed pole position last week by beating Rob Cross.

Staying there, however, may well mean seeing off James Wade and that’s not a certainty.

Wade is one of only two men to beat Van Gerwen in the competition this season – he romped to a 7-3 triumph in Exeter – and is enjoying a superb year, capturing three titles.

Van Gerwen, of course, continues to mop up prizes, the latest being the German Grand Prix at the weekend.

In short this should be a belter because Van Gerwen has plenty of respect for Wade, who fears no one.

The left-hander has the throw and needs to get off to a fast start just as Cross did against Van Gerwen last week, going 2-0 up. Not that it did him much good as he didn’t win another leg. The 11-10 that Wade holds in the first leg is worth taking.