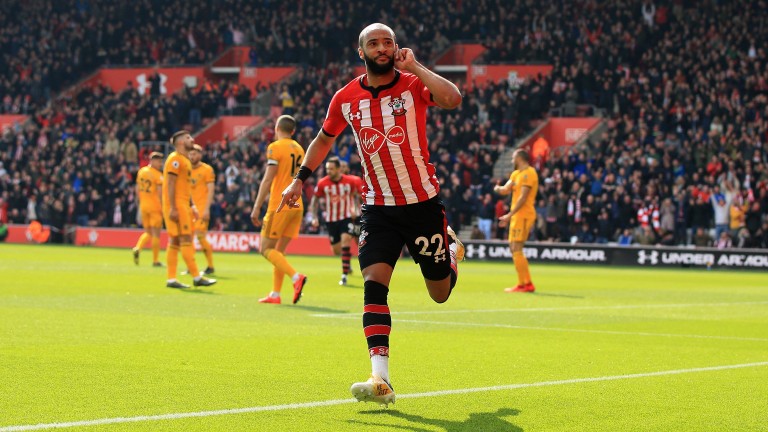 Only Southampton’s top brass can explain why they thought Mark Hughes was a good fit at St Mary’s but now, with a decent manager at the helm, the only way is up for the Saints.

Ralph Hasenhuttl, who replaced Hughes in early December, has breathed new life into a club who feared relegation but are now on the verge of safety.

Given the difficulties Brighton and Cardiff are having finding wins, one more triumph could be all Saints need and it could come at Newcastle.

A mutually-agreeable point would work for both Rafa Benitez and Hasenhuttl and the Spaniard’s mindset has always been to try to avoid defeat before thinking about winning.

Although draws have become a rarity in the top flight - the last one was Newcastle's draw at Bournemouth on March 16 - punters reckon this match has parity written all over it and a stalemate is as short as 2-1.

That’s just too convenient, though. Yes, it could well end all-square, but the Saints are the better team at the moment and the better bet.

Currently on a run of four wins in six games – the best of which were against Tottenham and Wolves – Hasenhuttl has found his formation and his players after a couple of months of experimentation.

He has unearthed a gem in right-back (now wing-back) Yann Valery, has decided on a back three for more solidness, has found a place in central midfield for James Ward-Prowse to pick his passes and is blessed to have Danny Ings fit to play in between the pacy duo of Nathan Redmond and Josh Sims.

Redmond is enjoying his best scoring season and running down far fewer blind alleys, Sims is one of those jet-heeled academy graduates who looks good whenever he has had the chance but never seemed to get many.

With Hasenhuttl in charge and one or two additions in the summer, Southampton will be chasing seventh spot again next term rather than fretting over the drop.

First things first, though, is a trip to Newcastle, a team Southampton have lost to only once in their last nine meetings.

The Magpies are tricky to read. Their 3-2 win at home to Everton last month in which they were shocking for the first 45 minutes and brilliant for the second 45, neatly illustrated their inconsistency.

They followed that with another late show to snatch a barely-deserved point at Bournemouth before two no-shows saw them lose and fail to score against Arsenal and Crystal Palace. They couldn’t have been more toothless.

Just when they looked ready to be written off, they went to in-form Leicester and earn a well-merited 1-0 win.

They are tough to assess but, with only 32 goals, the one thing we can say with some confidence is that they are impotent in and around the box. And that is why they make dubious favourites.

Team news
Newcastle
Centre-back Florian Lejeune and midfielder Sean Longstaff are out for the season.

Southampton
Jannik Vestergaard and Matt Targett are doubts. Mario Lemina and Michael Obafemi are out.

Key stat
At 2.2 goals per game, Newcastle’s matches produce the fewest goals in the Premier League.