Pep Guardiola must pick his team up off the floor 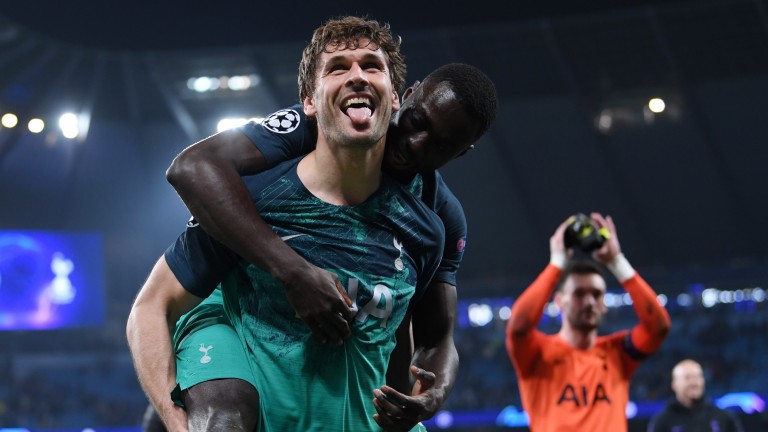 They served up a Champions League classic on Wednesday, Tottenham progressing to the semi-finals in dramatic fashion on away goals after Manchester City could manage only a 4-3 victory. Raheem Sterling was denied a winning hat-trick goal by a VAR offside call in added time at the Etihad.

Pep Guardiola's side have also triumphed in each of their last nine Premier League encounters and the champions know if they take maximum points from their last five fixtures they will retain the crown.

Champions League semi-finalists Spurs have suffered seven losses in their last eight away trips and conceded at least twice in all of the reverses. However, the last of those was arguably the sweetest defeat in the club's history.

Guardiola stretched the pitch to its maximum on Wednesday with Sterling scoring twice and Bernardo Silva also notching as the Spurs full-backs struggled to defend one-on-one situations.

City's style is defined and Guardiola won't change for anyone, although it's a different story in the opposite dugout where Mauricio Pochettino was much more flexible in the second leg.

They started with a midfield diamond and reverted to 4-2-3-1 following Moussa Sissoko's first-half injury, but it was a bold initial move from Pochettino with Heung-Min Son scoring twice in the opening ten minutes and his strike partner Lucas Moura causing problems with his intense pressing.

Pochettino also has the option of fielding three centre-backs, a formation he may well deploy given a shortage of central midfielders.

Sissoko and Harry Winks need to be assessed by Spurs, who could be without both central midfielders as well as Erik Lamela. Harry Kane and Serge Aurier are sidelined, but Eric Dier and Vincent Janssen will train before the squad return to Manchester.

Oleksandr Zinchenko is back in training with City.

City were on their knees with pain on Wednesday but Tottenham's jubilant players were also out on their feet, and without the squad depth to rotate the team a great deal they may decide that Tuesday's home date with Brighton is a more realistic target for points in their quest for a top-four finish.

John Stones, Fernandinho, Leroy Sane, Riyad Mahrez and Gabriel Jesus were on City's bench on Wednesday and their much fresher side can cover the one-goal handicap. 3-1 City.