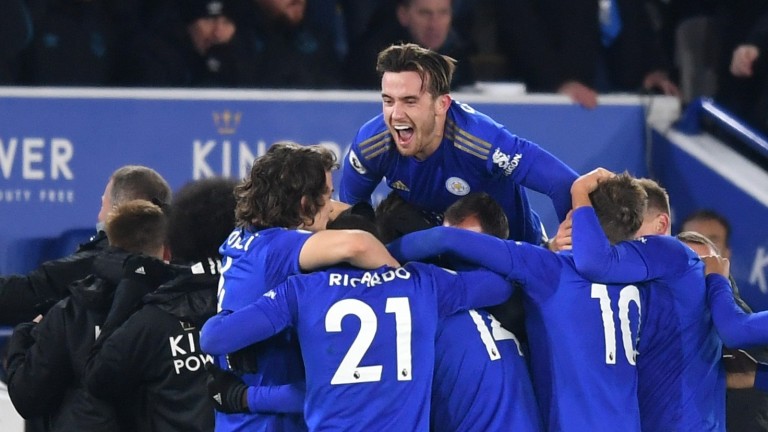 Leicester are 20-1 to win the Premier League after a dramatic 2-1 win over Everton saw the Foxes maintain their unlikely pursuit of leaders Liverpool.

Kelechi Iheanacho's injury-time strike - awarded by VAR after an offside call - saw Brendan Rodgers' outfit move back to within eight points of the Merseysiders, who are 2-7 to claim the title.

The Portuguese coach is 4-11 to be the next top-flight boss to leave his current position after Watford ended Quique Sanchez Flores's short reign. Chris Hughton is a strong odds-on favourite to replace Flores.

Leicester were the only side to win in the Premier League on Sunday with Arsenal and Manchester United flopping as odds-on favourites.

Arsenal twice came from behind to grab a draw at Norwich in an unconvincing performance in Freddie Ljungberg's first match in temporary charge. He is 4-1 to get the gig permanently.

Teemu Pukki and Todd Cantwell put Norwich in front only for Pierre-Emerick Aubameyang to level in either half, the first of which came courtesy of a retaken penalty.

Jack Grealish broke the deadlock for Aston Villa at Old Trafford only for United to hit the front thanks to a Tom Heaton own goal and Victor Lindelof. However, they were unable to hold on with Tyrone Mings equalising.

United are ninth in the Premier League and Arsenal eighth, both below Wolves and Sheffield United who played out a 1-1 draw at Molineux.